Europe is coming around to medical cannabis — but many patients fear financial benefit will trump pain relief.

As patients push for access to these treatments, pharmaceutical companies and cannabis producers are hoping to claim a piece of a market that could be worth €55 billion by 2028, according to an industry report. The concern for many patients, however, is that legislators cant (or wont) keep up with demand, leaving medical cannabis to inch its way onto the market, product by product, country by country.

The European market is fragmented. Each country sets its own standards and regulations for cannabis products, meaning Germans can get a prescription for medical cannabis from a doctor, while the French have no legal medical cannabis options at all.

“Theyre produced for people who want to get high on a Friday night” — Thomas Skovlund Schnegelsberg, co-founder and CEO of StenoCare

The European Union isnt helping clear up the confusion. “We have a competence only to support the member states [on medical cannabis rules],” Peter Mihok from the European Commissions migration and home affairs department told a European Parliament committee in June. “They are the ones that have to act first.”

But many countries arent acting, at least in part because legalizing medical cannabis is often confused with legalizing recreational marijuana. So when countries do allow medical cannabis, they often bring in strict rules. After the U.K. legalized medical cannabis last month, for example, it can only be given by prescription, from a specialist doctor and after other treatments have failed.

Such tight rules might work for those who want pills from a pharmacy, or cannabinoid (CBD) oil sold in shops, but it doesnt help patients who want to grow cannabis at home, either for cost reasons or to give them more treatment options.

Cannabis has become an increasingly popular treatment for patients with all kinds of diseases and conditions, including multiple sclerosis, epilepsy, anorexia, insomnia and cancer.

The cannabis sativa plant has more than 100 unique compounds known as cannabinoids, according to the European Monitoring Centre for Drugs and Drug Addiction. The most well-known of these is tetrahydrocannabinol (THC), which causes a euphoric high, although many people who use cannabis for medical purposes select cannabinoids with different effects, such as the invigorating sativa and relaxing indica. 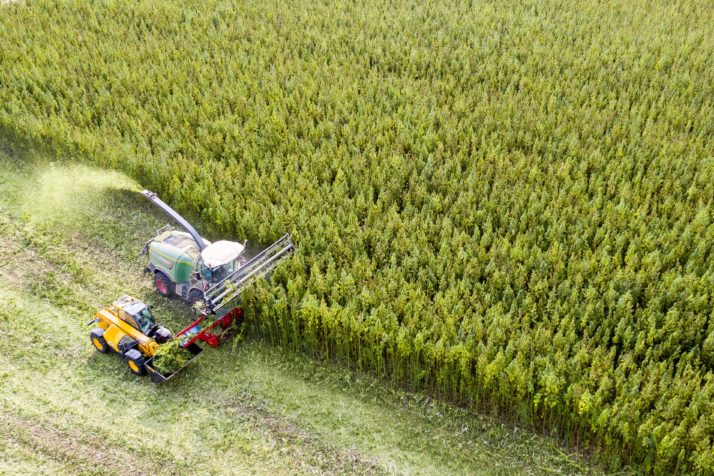 Carola Pérez was taking 19 pills a day before she discovered medical cannabis. Pérez has suffered from chronic pain since she broke her tailbone at the age of 11. The childhood accident led to 13 surgeries and an addiction to the opiates she took for relief.

Pérez first tried THC-infused milk 10 years ago, before CBD oils were available. She felt relief almost instantly, and over time was able to reduce the 19 daily opiates she was taking to just two. “Cannabis saved my life,” she said.

The problem was how to get it.

Pérez is from Spain, where cannabis is permitted for personal use but there is no national regulation for how much one person can grow. The hazy law led to the creation of so-called cannabis social clubs — registered groups that grow cannabis largely for recreational use.

At first, Pérez asked a friend to get her the drugs she needed, then she used a street dealer. She tried the cannabis social clubs, but they didnt have enough. Thats when she took things into her own hands.

Pérez now grows 16 strains of cannabis in her home. Depending on the day, she can create a cannabis cocktail with whatever levels of CBD, THC, sativa and indica she needs.

That gives her a freedom that isnt available in the pharmacy. Sativex, a cannabis-based mouth spray costing over €400 a bottle and made by GW Pharmaceuticals, was approved for Spanish patients in 2010. But it can only be used by people with multiple sclerosis.

“No pharmaceutical company is going to be able to offer us that,” said Jacqueline Poitras, a medical cannabis activist in Greece whose 18-year-old daughter takes CBD oil for often-daily epileptic attacks. “Only nature can offer us that.”

Big companies — both pharma giants and cannabis producers — are lobbying lawmakers across Europe to put their products on the market now.

They argue that untested cannabis may contain harmful pesticides and that products sold on the black market are often created for recreational use and merely re-labeled as being for medical purposes. Patients using such products report psychosis and other unpleasant side-effects because “they are not made to be used for sick people,” said Schnegelsberg of StenoCare. “Theyre produced for people who want to get high on a Friday night.” 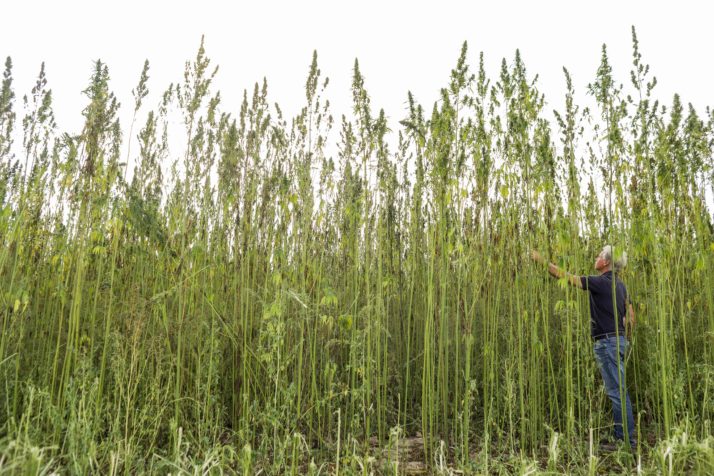 But smaller cannabis producers are wary of the pharmaceutical companies push. The European Industrial Hemp Association said it “strongly opposed” attempts by big pharma to make CBD a prescription drug.

“This only serves the interests of a few companies while damaging the young CBD industry,” the association wrote in October.

Stephen Murphy, managing director of the international cannabis consulting company Prohibition Partners, said he saw a similar situation in the U.K. Once GW Pharmaceuticals was “in the driving seat” there was almost no national debate on the issue, he said.

“It took quite a big PR campaign this year to legalize cannabis for patients in the U.K. despite the fact that cannabis has been grown in the U.K.,” Murphy said. “There was never any pressure to challenge that.”

Patients also have concerns about how the big companies are attempting to enter the market. “These companies only call us … to say, Oh poor patients, but then they dont take care of us, dont help us with our projects,” said Pérez. “They just call us to [be able to use us] to tell our stories and then continue with their business.”

The debate has reached the EU. In the summer, the European Parliaments Environment, Public Health and Food Safety Committee called on the European Commission to create an EU-wide policy for medical cannabis. Not long after, big companies came calling to make their voices heard.

One was Canadian company Canopy Growth, one of the largest cannabis firms in the world and which recently invested €100 million to create more production facilities in Europe. Another was GW Pharmaceuticals.

Canopy Growth did not respond to a request for comment. GW Pharmaceuticals said it would not comment on individual meetings with MEPs, but it “has ongoing engagement with relevant stakeholders focused on education.” It said it has no stance on legalizing medical cannabis, but that with cannabis-derived medicines, “clinicians and patients can be sure of their quality, safety and efficacy — the same as for any other medicine.”

Debate in the parliamentary committee focused on whether the resolution should contain the term “medical cannabis” or “cannabis-based medicines.” That matters because the former would advocate for citizens to grow their own cannabis while the latter would be limited to over-the-counter medicines. 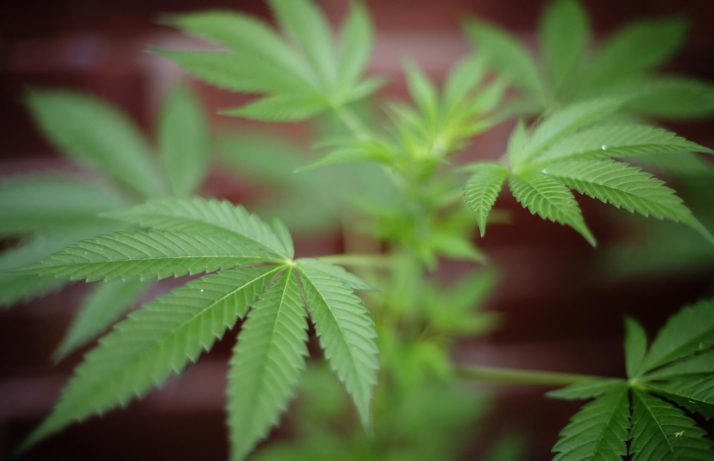 The committees resolution passed last month with amendments, using the more narrow “cannabis-based medicines” language, much to the frustration of some Parliament officials.

“Of course, its understandable that companies that have undergone decades of research want some preference for their products, but a lot of research shows that herbal cannabis is important,” one parliamentary official said. “That experience should not be taken away from patients.”

The next step is a debate of all MEPs in Strasbourg.

Michael Barnes, a U.K.-based professor of neurology who worked with the U.K. government on changing its medical cannabis laws, said hed “love to see some kind of standardization” across Europe.

So would many patients. Some want the EU to create a set of guidelines for member countries to consult when they begin the process of legalizing medical cannabis. Others want cannabis covered by the directive on medicinal herbal products. But mainly, they just want the EU to do something.

“I think they could, but I dont think they will,” said Sébastien Béguerie, a cannabis activist and founder of AlphaCAT labs, which tests the quality of cannabis. “It would open the gates too much … and legislators are afraid.”

For now, patients are fighting on the national level. Poitras is working with Greek officials to create a law that stops big, foreign cannabis companies buying up land to grow cannabis and export it.

“Were pushing,” Poitras said, adding that in the meantime shes encouraging patients who need medical cannabis to grow their own.