AR-15 And Counting: Check Out The Duggars Gun Closet In Their $1.5 Million Home

Michelle and Jim Bob Duggar have listed their Arkansas home for $1.5 million with listing photos that feature a walk-in gun closet.

The Duggars, who became wealthy through the TV reality show “19 Kids and Counting” about the struggles of a large family, are selling a home located in Springdale, Arkansas, according to Radar Online.

The 10,000-square-foot house was built in 1969 and was reportedly inspired by architect Frank Lloyd Wrights “round house.” It features 4 bedrooms and 5.5 bathrooms and sits on almost three acres, according to the listing on Realtor.com.

Michelle and Jim Bob Duggar have listed a 10,000-square foot property in Springdale, Arkansas, that includes three kitchens and a gun closet. Photo courtesy of Realtor.com

The house has three full kitchens, plus a kitchenette downstairs in a large guest room, a home theater and a 3,500-square-foot garage. The main kitchen features a granite-wrapped island and a separate refrigerator and freezer, ice maker, and chefs stove.

The gun closet has a reinforced door, according to photos, and was designed to hold a variety of guns and ammunition. The room was staged with a BB gun, an AR-15 and a number of rifles for the listing.

The gun room inside a home being sold by Michelle and Jim Bob Duggar. The 10,000-square foot property in Springdale, Arkansasm includes three kitchens and a 3,500-square-foot garage. Photo courtesy of Realtor.com 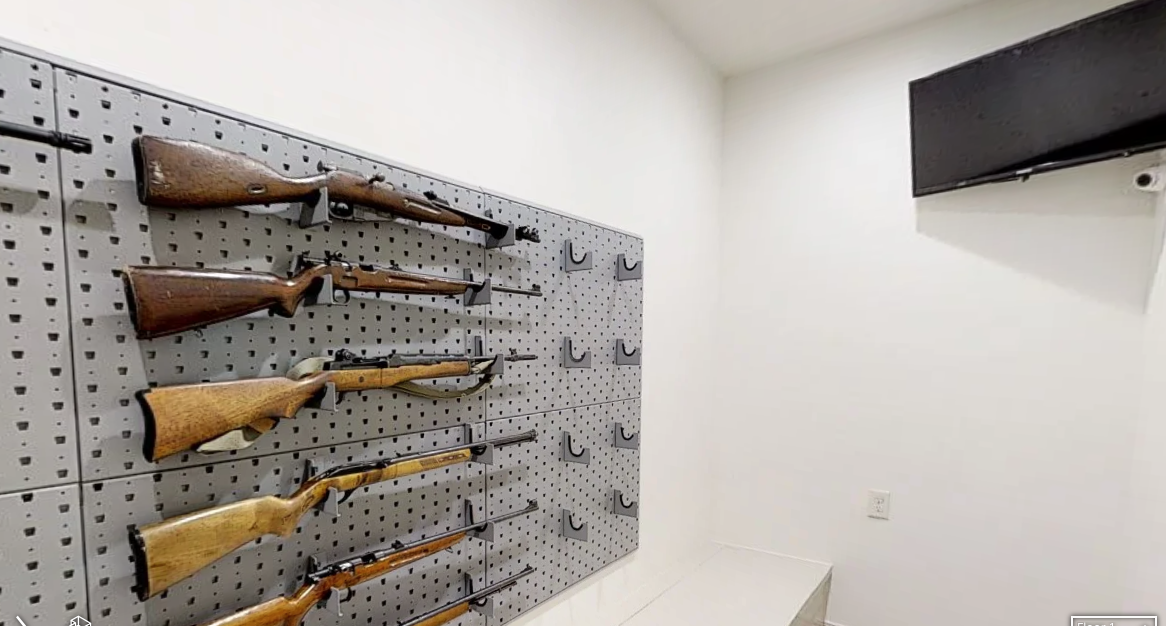 The gun room is pictured inside a home being sold by Michelle and Jim Bob Duggar. Photo courtesy of Realtor.comRead More – Source

Migrant Children Spend Weeks at US Shelters as More Arrive