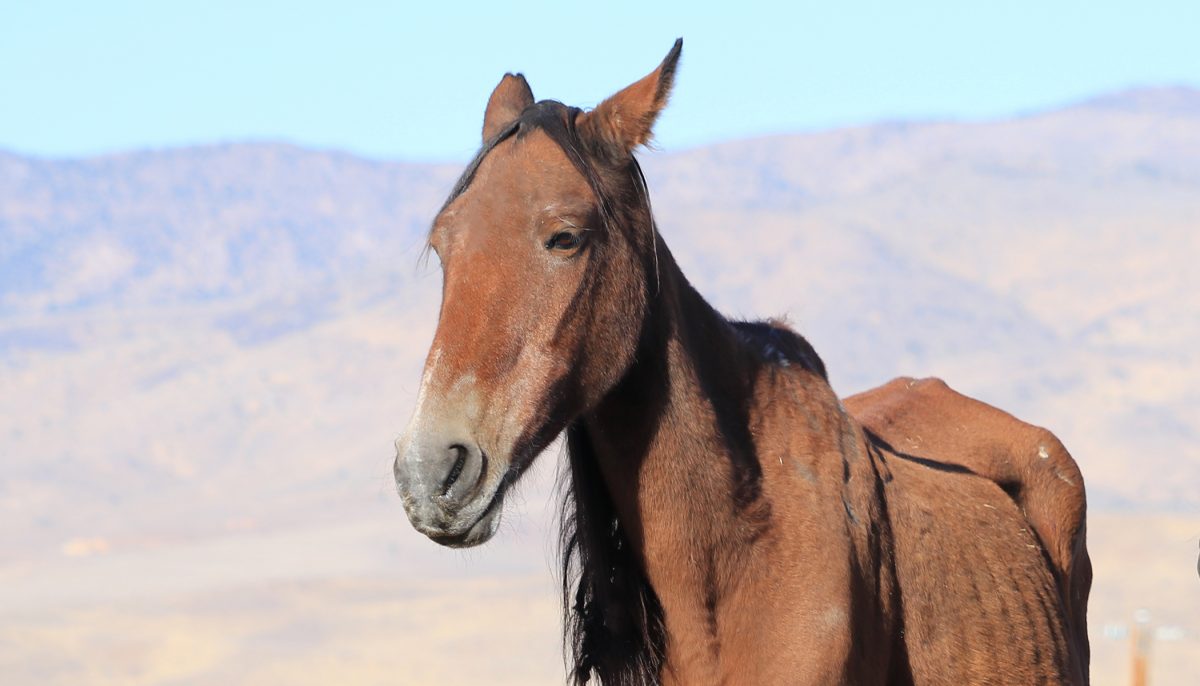 When three emaciated horses were found abandoned by the Royal Society of Prevention of Cruelty to Animals in a field of corn in Buckinghamshire, England, in February 2014, it seemed unlikely any of them could survive.

In fact, one collapsed before anyone could help her and had to be put down immediately to end her suffering. The remaining two, Polly and Penny, were taken to the Horse Trust for urgent care. They were given 24-hour emergency care, but Penny didnt respond, and a week later, she was also put down to end her suffering.

An amazing transformation after horrific neglect.We'd like to see much tougher sentences for abandoning horses!Polly…

The vet team then turned all their attention to Polly, a then-5-year-old bay mare, who was starving to death and weighed 696 pounds (approx. 316 kg), which was half her normal weight. Her ribs were jutting out, and she had no body fat. Rescuers believed Polly was the thinnest living horse they had ever seen, and it was feared any treatment could kill her.

Jeanette Allen, chief executive of the Horse Trust, said: “Its a miracle Polly is still alive. Its the worst case of horse neglect Ive ever seen,” according to The Daily Mail.

It wasnt possible to feed her much initially, as too many calories would cause her body to shut down, which could then be fatal. Thus, the staff limited her calorie intake.

“We rate a horses weight on a scale from zero to five, with three being a healthy horse. Polly was a zero—she had no fat on her skin or even around her vital organs,” Allen said.

Every day was a challenge for the team to save her, and there were no guarantees.

Polly may be loosing her hair but she is slowly gaining a little more weight. Our pretty girl is fighting so hard and…

“When we first started treatment it could have proved toxic for her. It was a horrible Catch 22 situation where we had to treat her worms to stop them killing her but the treatment itself could have caused fatal damage.

“The treatment is absorbed by fat cells and released slowly over a few months, but she had no fat and it would have just swamped her body,” Allen added.

Despite facing all these difficulties, the staff at the trust did not give up and continued to take care of Polly.

And the courageous Polly defeated all odds and survived.

After six months of tender care, Polly made an astounding recovery. She weighed over 1,000 pounds (approx. 454 kg) and was able to gallop around.

With completing her rehabilitation, Polly was set free and made many new friends out in the fields—rescue mares like her.

“Shes got a group of Read More – Source