Analysis: Will coronavirus change weddings for the better? 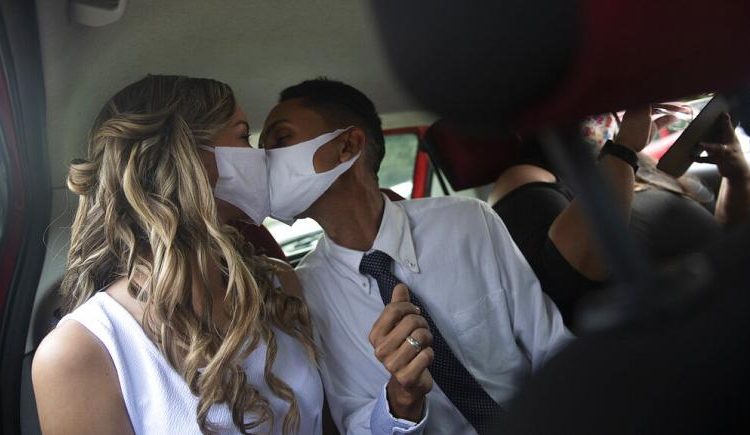 The French Open, the German Grand Prix, Glastonbury, the Edinburgh Fringe Festival, even Oktoberfest have all been cancelled or postponed. The loss seems endless. In fact, it feels somewhat like 2020 has been cancelled altogether. And, while missing your favourite sporting event or music festival will be disappointing, it is not really comparable to the heartbreak at having to postpone or cancel your wedding.

Weddings have become big and expensive events in themselves, often involving hundreds of people and years of planning. Most, however, are simply not possible in the era of social distancing.

And this as our relationship with marriage is changing. The institution has been declining even as the cost of weddings has been exploding. About half of adult Americans are married. In 1960, that statistic was three quarters. And the people who do get married, do it way, way later. The picture isnt much different here in Europe. In Italy, there were fewer than 200,000 marriages each year recently – the lowest number since the First World War. Numbers have fallen by 24% in the past decade and halved since 1965.

The act of getting married has become big business. Each wedding helps support a whole variety of often small companies; from caterers and photographers to florists and local bands. International “destination weddings” have really taken off in recent years and, of course, stag and hen parties have helped boost the economies of some key European cities, even if some inhabitants are less than pleased.

The wedding business has often claimed that the industry is “recession-proof” that loved-up couples will always want to celebrate getting married. And it doesnt come cheap. The average wedding in the UK comes in the equivalent of around €30,300. British couples are also likely to spend an average of €1,350 euros on the wedding dress and about €2,324 on a wedding ring. In Spain, a wedding costs around €23,000. And the Spanish know how to party, with many weddings beginning after 7 pm and not drawing to a close until the next morning.

But, for hundreds of thousands of couples, everything is on hold. Many countries banned gatherings altogether and, even with eased restrictions, limits remain in most member states, making that dream wedding impossible for some. However, as always, humans are adapting and making the most of the situation weve unexpectedly found ourselves in.

The most obvious solution is to postpone the big day until next year. While it seems sensible for couples, it could prove ruinous for the industry with 2020 all-but wiped out. Others have simply embraced the here and now. Wearing gloves – and with their face masks still on – Raffaele Carbonelli and Ester Concilio had planned to tie the knot on 11 June in Seregno, Italy, but their plans were scuppered when the mayor banned any ceremonies from taking place. To get around the restrictions, the pair decided to bring forward their marriage without a banquet or any guests, but clearly with the necessary PPE. Others have still managed to invite guests, but virtually, with the ceremony and receptions taking place via video call.

And while the stress of lockdown and weeks with no escape from your partner might prompt a spike in divorce rates for some, it has reaffirmed decisions made by others. In post-lockdown China, for example, couples rushed to wed. On 20th May, Chinas own Valentines Day, more than 200,000 people registered for marriage licences.

Hopefully, if a vaccine can be found or a second wave mitigated, next year will be a bumper one for those wanting to celebrate their love. But, with a deep recession expected and time to reassess, will we think again about the folly of big weddings? In recent years, the event seems to have ballooned in size; more guests, more food, a more elaborate venue… Some weddings now last for days! Do we need it to be like this? People will, of course, make their own decisions. But for many, those decisions have been based on societal pressures, the expectation or need to have the perfect day which then often results in a stifling mountain of debt.

As heartbreaking as 2020 has been, maybe it has created the space to step back and ask is this the wedding I really want?