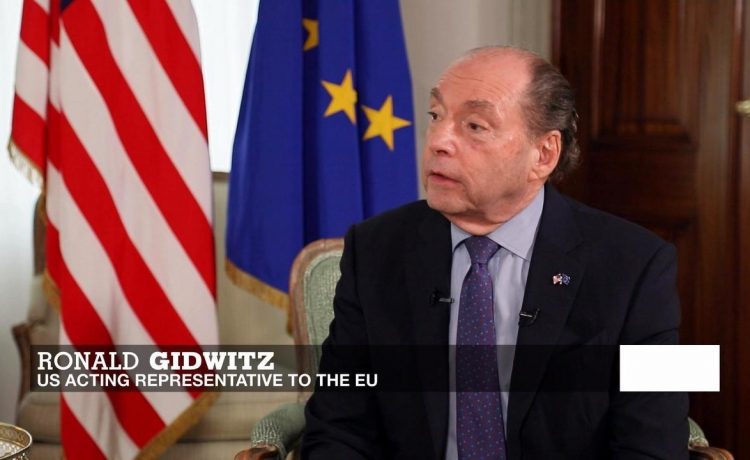 Ronald Gidwitz, the Acting US Representative to the European Union, speaks to FRANCE 24 about the European "ban" on US citizens entering EU states; tells us why President Donald Trump is planning to relocate a quarter of the US troops currently based in Germany; and pushes back on a claim from the EU's Trade Commissioner that Washington is launching politically motivated attacks on European exports to the US. Asked about the US buying up doses of Remdesivir, a drug believed to cut recovery times for Covid-19 patients, Gidwitz denies the existence of an "America First" policy.