BERKELEY, CA – SEPTEMBER 17: Former player Ricky Williams of the Texas Longhorns stands on the sideline before a game against the California Golden Bears on September 17, 2016 at California Memorial Stadium in Berkeley, California. Cal won 50-43. (Photo by Brian Bahr/Getty Images)

Ricky Williams goes from playing in the National Football League to dabbling in the cannabis business in California, according to Channel 7 NBC San Diego.

“Today marks an important day in my career with the launch of my new cannabis-based wellness brand, Real Wellness by Ricky Williams,” the 40-year-old former NFL running back and Heisman Trophy winner announced in a statement Tuesday. 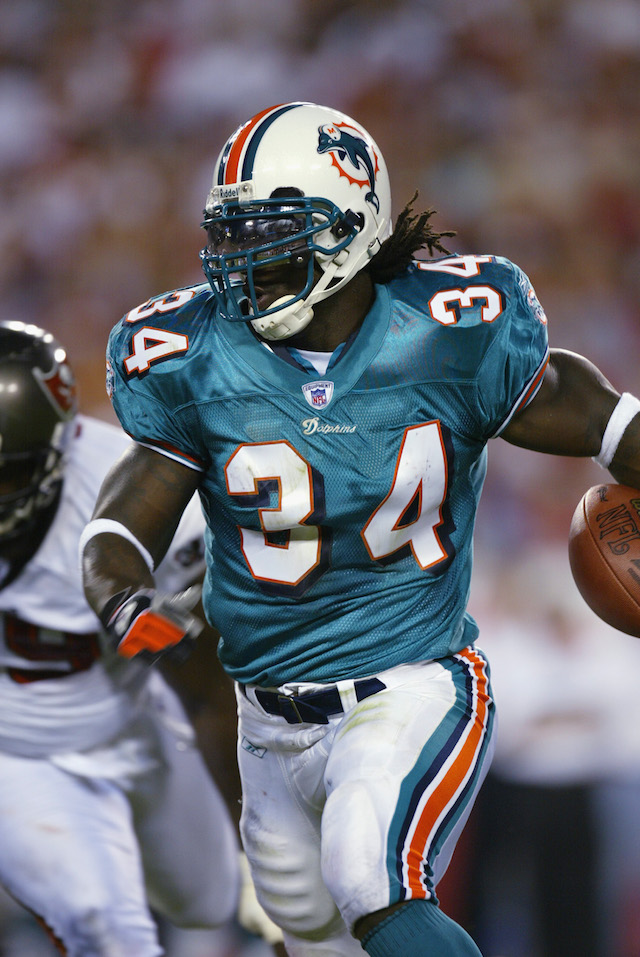 TAMPA, FL – AUGUST 12: Running Back Ricky Williams #34 of the Miami Dolphins runs for short yardage against the Tampa Bay Buccaneers in the first half on August 12, 2002 at Raymond James Stadium in Tampa, Florida. The Buccaneers defeated the Dolphins 14-10. (Photo By Eliot Schechter/Getty Images)

“It’s a dream come true for me to merge my passion for healing and my fascination with plant medicines with my entrepreneurial spirit,” he added. “Cannabis has played an important part in my healing journey, and I feel a responsibility to share what I have learned in the process.”

His line offers six different products including vape, cannabis salves and tonics that he created.

“I have had all the input, it’s been all on me creating these formulas,” the football player shared. “I did research on what people were searching for herbal remedies and medicinal marijuana, I looked at lists of all ailments and consulted with my instructors and mentors and together we came up with formulas we feel really good about.”

Williams was drafted in the NFL in 1999 by the New Orleans Saints in the fifth round. He spent three years with the team before being traded to the Dolphins. In 2004, he announced he was retiring from football after being suspended from multiple games by the league for testing positive for drug use. In 2005, he came back to football in the Canadian Football League, but was suspended all of the 2006 season. He returned to the NFL in 2007 and played until 2011.