Man Fulfils Childhood Dream by Building Massive 500,000 Gallon Pool in His Own Backyard 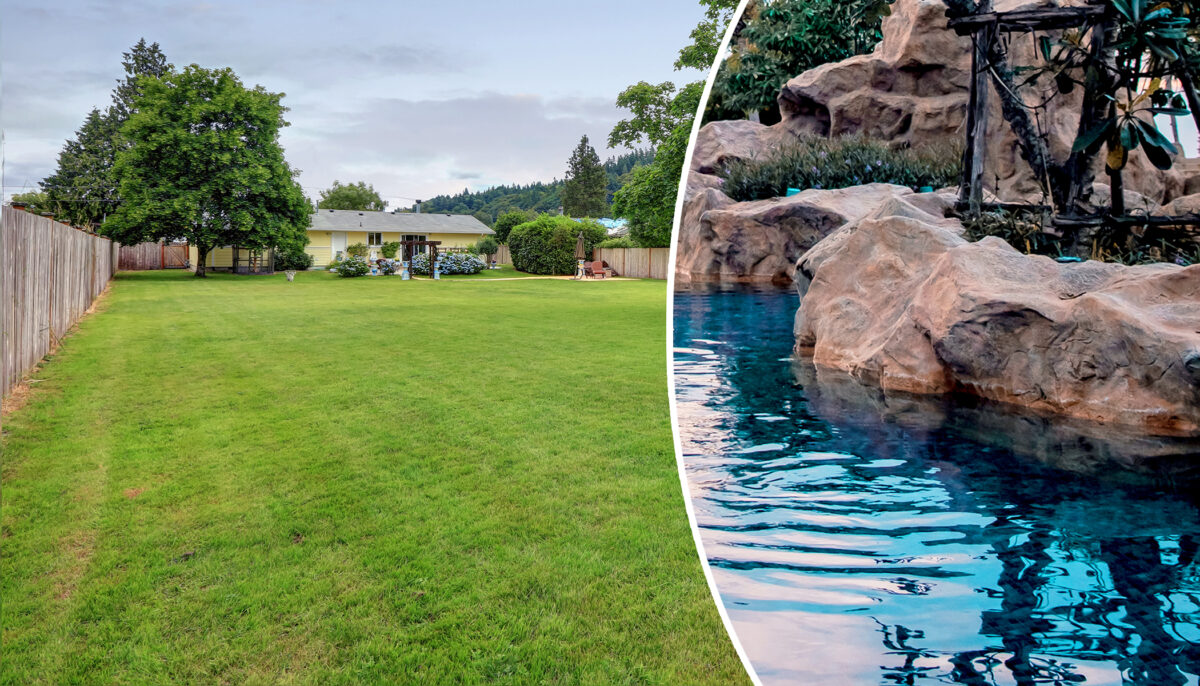 Some children dream of owning ponies, some dream of driving trains or airplanes, and others dream of Disneyland. But growing up, Tennessee resident Micky Thornton dreamed of building a huge pool in his very own backyard.

At the age of 39, Thornton decided he had been musing on his dream for long enough. But the pool project was no mean feat; all in all, Thorntons dream took over 20 years to realize.

“To start with, I probably had the idea when I was 9 or 10 years old,” Thornton told KTLA5 sister station WREG. “I wanted [the pool] large in the deep end, but large and deep enough that you could swim around it and not feel like you are trapped in a little box.”

Thornton decided that if his dream was ever going to become a reality, he had better get started. So he did.

On Labor Day, 1993, Thornton started work on his dream pool in the backyard of the Thornton family home in Covington, Tennessee.

Thorntons wife, Jane, however, had one request: that the pool not be built directly next to the family home. “If youve seen my house, I have pavement everywhere,” she said, “and he wanted to put it right next to that. I told him he had to move it out some.”

Thornton expressed concern over the pasture and the fact that the land ran downhill, but his wifes response was unwavering: “I said, Youre smart enough, you can figure it out,” Jane recalled.

The industrious pool designer managed to satisfy his wifes requirements. He dug out a depth of 20 feet and lined the shell of the swimming hole with polyethylene. Over the course of the next two decades, Thorntons passion project took shape.

The impressive result of 20 years hard work is a veritable waterpark. To call Thorntons project a “pool” is an understatement; the swimming hole is accented by boulders, waterfalls, a bespoke water filtration system, a rope swing, a diving board, and by Thorntons estimate, over half a million gallons (approx. 1.9 million liters) of water.

We had such a GREAT time with our church family !!!

According to KTLA5, in 1998 and 1999, Thornton replaced the pools rubber lining, added a single waterfall and a number of boulders surrounding the pool.

However, in 2013, Thornton decided that a dream was a dream; more spectacular, additional features were added, and the pool finally lived up to Thorntons long-held aspirations.

Thornton originally designed the pool for the family and communitys enjoyment, but soon, potential guests from far and wide were making inquiries.

Thornton allowed visitors to use the pool for free for some time, but after numerous happy customers offered donations, the Thorntons agreed upon a reasonable fixed donation for all visitors outside of the family. Today, “Thorntons Pool” accepts bookings through a designated Facebook page.

Tennessee man builds 500,000-gallon pool he dreamed of as a child https://t.co/UHyF7mTzdM pic.twitter.com/JrlHuFcAXP

Since opening up the pool to the public, Thornton and his wife, Jane, have hosted birthday parties, weddings, and sports teams. On one occasion, the family was even approached by the Japanese national baseball team.

“They called and asked if we could have them over for an afternoon,” Jane recalled. “I thought, sure. I thought there are nine guys on the field, probably a total of 25 people. Wrong,” she exclaimed, “there were 50!”

A number of churches have also utilized the pool for over 400 baptism ceremonies, which Thornton described as “kind of neat.”

Thorntons Pool Facebook page is bursting with compliments from happy customers. “Beautiful place. Nice people,” wrote one delighted visitor. “Lots of fun! My grandchildren had a blast,” added another.

“This place is like a Garden of Eden and Blue Lagoon all in one,” another visitor reflected. “The most gorgeous privately owned pool Ive ever been to.”

We had such a GREAT time with our church family !!!

Gifts From the Ancients: The 4 Temperaments and Our Children

Teen Thief Steals a Wallet, but After Looking Inside He Hurriedly Goes to Police Station