Swedens COVID-19 strategy has become the subject of much attention in recent weeks. While much of the world is under lockdown or testing, Sweden has opted to do neither. Despite some restrictions, such as banning public gatherings of more than 50 people and stipulating that tables in restaurants should be set apart, the streets remain bustling, bars are still trading, and primary schools are open. Instead of imposing widespread restrictions, the Swedish government has advised its citizens to act responsibly by practising social distancing and staying at home when sick.

In a country of around 10 million people, the numbers of infected and deaths in Sweden as of 27 April 2020 are 18,926 and 2,274 respectively. These figures are smaller than those of Italy, Spain or the UK. But they are higher than Greece or Portugals, whose population sizes are similar to Swedens and much higher than Swedens Nordic neighbours. This might not be seen as a disaster but neither can it be viewed as reassuring.

The majority of Swedes continue to support their governments approach. Many argue that Swedes practice social distancing as a cultural habit anyways. As such, they can act responsibly in the manner that the government is asking them to do, without lockdowns. Some commentators see this as an example of the mutual trust between the State and the people that makes Sweden unique.

Whether Swedens European partners will respect this sense of exceptionalism, however, is questionable. What Swedish policymakers overlook are the international implications of this approach, none more so than in Europe.

An outbreak of the virus in Copenhagen caused by a Swedish citizen or originating from Sweden will be a complicated issue for both to deal with.

Lets imagine what happens once the national lockdowns in Europe are lifted. Whether free movement between states will ever be restored as it was before is open to question. Whatever happens, Swedes might find themselves in a particularly difficult position. Without having been under a lockdown or undergone a testing regimen like other European states, and with many of those infected not showing any symptoms, some will regard Swedes as having a higher chance of bringing in the disease.

It might be impossible to single out Swedes within the EU. Nevertheless, some states might reasonably demand assurances from Sweden. This is particularly relevant to Swedens immediate Nordic neighbours, all of whom imposed much more restrictive measures than Sweden. Denmarks capital, Copenhagen, is only 50 minutes away from Swedens third largest city, Malmö. Citizens of both countries commute back and forth. An outbreak of the virus in Copenhagen caused by a Swedish citizen or originating from Sweden will be a complicated issue for both to deal with. For Italy, Spain, and France, such a scenario would be potentially catastrophic.

No matter what the proponents of Swedens current strategy believe, they will not allay these concerns. This will become more acute during EU level discussions on developing of an EU-wide pandemic response system. The absence of a coordinated EU policy, with each state taking independent measures and the lack of cross border medical support are widely-regarded as the EUs key failure in this crises.

It might be true that different countries should follow different approaches to tackling COVD-19 based on their socioeconomic circumstances. What is certainly true though is that the policy of one country has repercussions on others, especially when it comes to a contagious killer virus.

Sweden will be put it in an awkward position where it would have to justify its approach to those who have been the most scarred by COVID-19. Its message that Sweden is different from other countries, that it respects individual liberties, and that it did not require lockdowns could be seen as arrogant. EU states that are forcing lockdowns have not done it because they are less liberal than Sweden but because they had no other choice. The prime example of this Swedish myopia is the statement made by its state epidemiologist, Anders Tegnell, in which he said it was ridiculous to close down national borders when COVID-19 was already spreading in Europe. For Italians who saw more than 20,000 of their fellow citizens dying because of the virus, this would be considered callous to say the least.

It might be true that different countries should follow different approaches to tackling COVD-19 based on their socioeconomic circumstances. What is certainly true though is that the policy of one country has repercussions on others, especially when it comes to a contagious killer virus. By overlooking the international repercussions of its strategy and stressing its exceptionalism, Swedens short sightedness will not have gone unnoticed by its European neighbours.

Are you a recognised expert in your field? At Euronews, we believe all views matter. Contact us at [email protected] to send pitches or submissions and be part of the conversation. 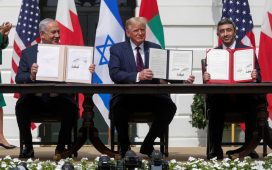 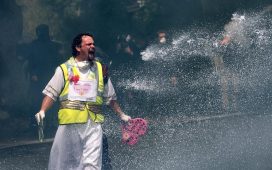