On the sidewalks of the Marais, the vibrant central Paris neighborhood that is both quaint and chic, local residents, merchants, and workers enjoyed each others company on the first day of the easing of Frances Covid-19 lockdown. FRANCE 24 reports.

A little after 11am this morning, Frank Barron, 40, was enjoying a latté at Fringe, a small coffeeshop on the Rue de Turenne, for the first time in almost two months. He had to stand on the sidewalk, but his drink, with an artful, leaf-like design on its surface, came in a ceramic mug.

Barron told FRANCE 24 that making coffee at home, which hes been doing since Frances lockdown began on March 17, isnt the same as drinking it at a neighborhood spot. But that isnt just because of the java – its also due to the camaraderie with neighbors.

Barron was standing next to Cyril Muller, 38, another resident of the Marais, a neighborhood that consists of parts of Pariss 3rd and 4th arrondissements (districts) and is known for its quaint streets and compact museums, art galleries and boutiques. The Picasso Museum is here; so is, arguably, the best falafel in town.

Muller, a spice distributer, said that streetside conversations are an important part of city life.

“I missed it,” he said. “Everyone needs to meet to talk.”

Standing behind a barrier of a table and a pastry shelf, Fringe owner Jeff Hargrove, 56, said it felt strange to be able to serve customers at the door, but not inside.

“Our place is more welcoming, cozy, but we have to keep these distances,” he said.

Hargrove wont be able to seat customers until the French government allows cafés and restaurants throughout the country, including the wider Paris region, where it believes that Covid-19 is still actively circulating, to fully reopen.

For now, it makes him happy to see his customers, many of whom are local residents, at a distance.

“Actually, Ive not had anyone I dont know,” he said.

A few doors further up, Jonathan Benhamou, 32, a salesman at Danyberd, a mens clothing store, said that two of his regular customers had already visited since the shop opened.

“They gained weight, so they had to buy new suits,” he said.

Out on the sidewalk, a man and a woman stopped, arched their bodies back and smiled in recognition, and a cheerful conversation ensued.

The man, James Rose, 56, – who happened to be Barrons partner – said that “seeing friends for real” was pleasing after so long.

Nadège Maguet, 54, a local postal worker walking by, said she has been seeing residents along her routes for 25 years.

“I know their children, their grandparents. All the family,” she said.

During the lockdown, Maguet played music on her cellphone as she wheeled her cart, which sometimes prompted people to open their windows and say hello.

Children living in the Marais made her colourful pictures to thank her for delivering the mail. One picture, which she displayed on her phone, showed a yellow shooting star on a light blue background with a large-lettered “Merci” (Thank you), and a smaller “Nadège” above a heart.

Maguet said that Mondays greater number of face-to-face exchanges made her feel good.

Irish government under fire over COVID-19 deaths in care homes 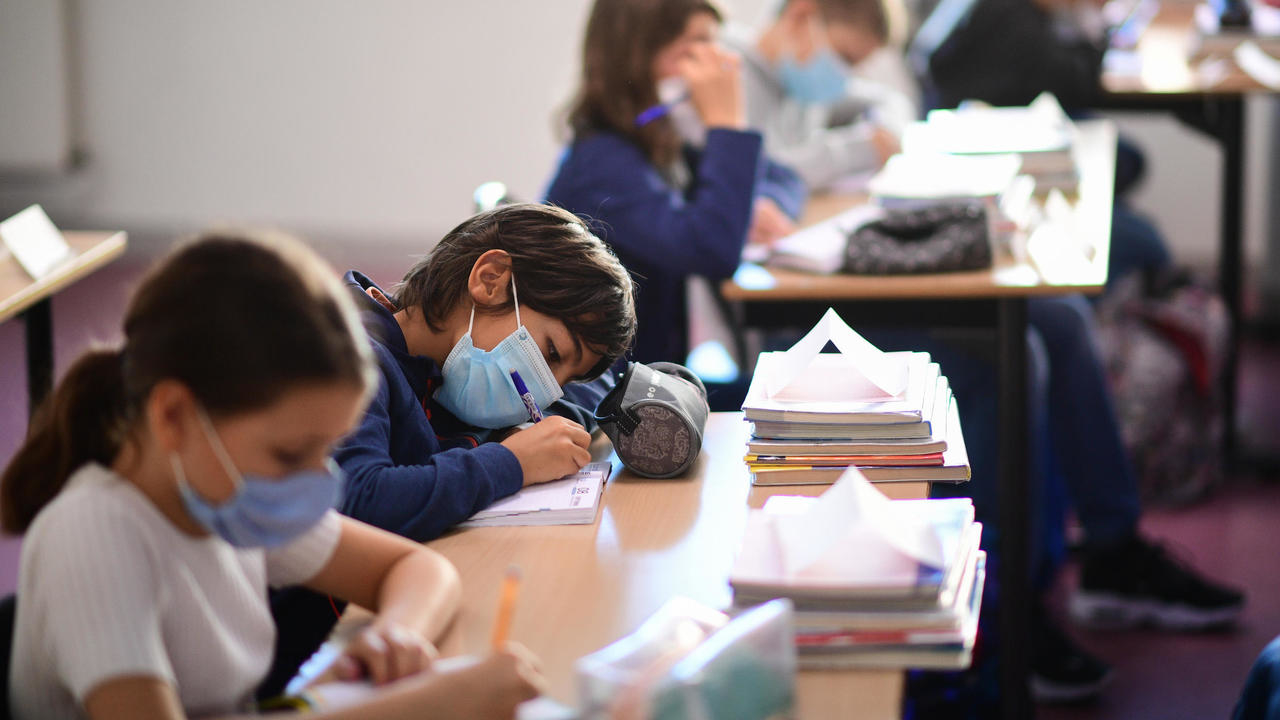