Forget Schengen. Welcome back to the 1980s.

The European free-travel area, made up of 22 EU countries plus Norway, Iceland, Switzerland and Liechtenstein, suffered a near-death experience when the majority of member countries reinstated border checks in a bid to slow the spread of the coronavirus.

Thats allowed under Schengen rules if countries come under a “serious threat to public policy or internal security,” but theres no indication of how to bring it back to life. Thats what the Commission is seeking to address in a package to be adopted on Wednesday, issuing guidelines to EU countries on how to lift internal borders and travel restrictions.

Its a deeply sensitive issue for countries such as Greece, Italy and Spain, which are relying on a revival of tourism to help save their economies.

“Its like traveling in a time machine to a dark and distant past. We now need to get back to the future. Back to normality, and we need to do so as soon as the health situation allows it,” Home Affairs Commissioner Ylva Johansson told the Parliament last week.

For now, the travel area is a tangle of unilateral border closures, bilateral tourism agreements and free movement bubbles.

The Commission will present a two-step approach, according to a draft communication seen by POLITICO. First, countries with a comparable epidemiological situation as assessed by the European Centre for Disease Prevention and Control should lift travel restrictions between themselves provided they still respect social distancing. This would, for example, appear to cause problems for Greece bringing in British tourists, because the coronavirus has been far more severe in the U.K.

Only in a second phase would travel be restored throughout the whole Schengen area and beyond.

For now, the travel area is a tangle of unilateral border closures, bilateral tourism agreements and free-movement bubbles.

“There is a lot of fragmentation in the single market on the free movement of persons and goods,” said Petra De Sutter, chair of the internal market committee of the European Parliament. Restoring a functioning Schengen wont be easy because “Were really on the edge of the tension between competence of the EU and member states.”

Some countries are creating free-movement clusters. Lithuania, Latvia and Estonia last week agreed to lift travel restrictions and the obligation to undergo two weeks of quarantine on their citizens as of this Friday. People returning from other countries will still be required to self-isolate.

“We agreed that all three Baltic countries have adequately curbed the spread of the coronavirus. We also trust each others health care systems,” Lithuanian Prime Minister Saulius Skvernelis explained the decision on Facebook.

The Baltic bubble could expand as the countries look to add Poland and Finland to their free-travel zone.

France and the U.K. have agreed to allow travelers from France a quarantine-free trip across the Channel, U.K. Prime Minister Boris Johnson and French President Emmanuel Macron said in a joint statement Sunday. However, this wasnt confirmed by the U.K.s exit strategy published Monday.

The European Commission expects the U.K. “would apply the same kind of exemptions to arrivals from other member states which are in a similar epidemiological situation as France,” a Commission spokesperson said Tuesday, as it would be unlawful under EU law to discriminate on the basis of nationality. It would however be possible to discriminate based on residence, if thats based on an epidemiological assessment.

On the Continent, Belgiums restrictions on “non-essential” cross-border travel have become an irritant. The Benelux parliament, made up of designated lawmakers from Belgium, the Netherlands and Luxembourg, is working on proposals to “offer the population a perspective of the opening of borders between the three countries,” it said last week. 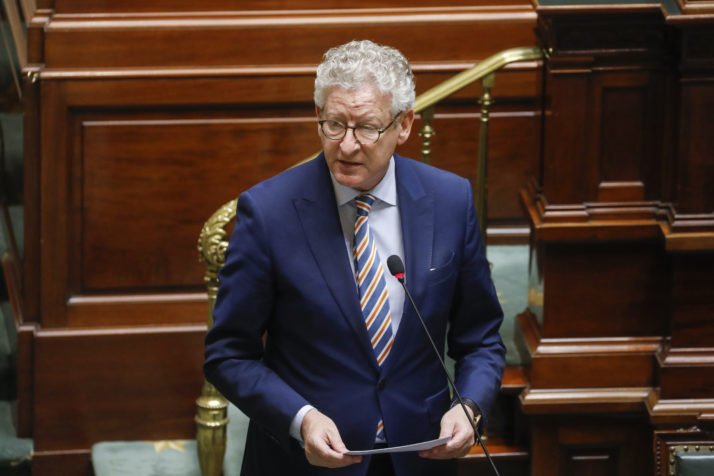 Belgian Interior Minister Pieter De Crem keeps in touch with his counterparts from neighboring countries about the borders, a spokesperson confirmed, but its not clear when free movement will be possible again. “This depends on many factors, including the spread of the virus and the way its tackled,” he said.

Commission President Ursula von der Leyen said back in April that Europeans will find “smart solutions” to go on holiday this year, and EU governments followed suit with a plethora of announcements.

Greece is working on the idea of allowing in tourists who would take a test before travel. “They can only get on the plane with a negative test, or with a positive antibody test,” Prime Minister Kyriakos Mitsotakis told CNN last week.

However there is no scientific clarity on the reliability of such tests or indeed on whether contracting the virus leads to immunity, and both the World Health Organization and ECDC are currently advising against such an approach.

Popular tourist destinations are hoping to strike deals with countries they consider at low risk of importing the virus.

Greek government spokesperson Stelios Petsas said on Monday that “the government is working to gradually restart domestic and foreign tourism … freedom of movement is one of the four fundamental freedoms on which the European edifice is based and cannot be ignored.”

Popular tourist destinations are hoping to strike deals with countries they consider at low risk of importing the virus.

Croatian Tourism Minister Gari Cappelli told local media Zagreb was in talks with the Czech Republic on the possibility of creating an air corridor to allow Czechs to holiday in Croatia.

The AI will see you now