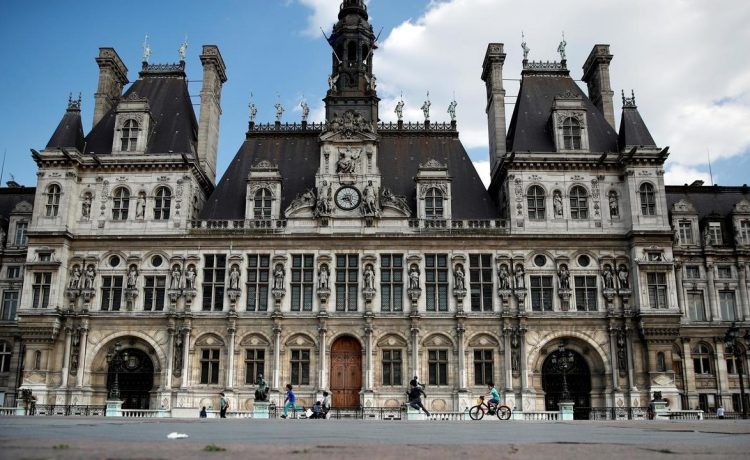 Three women are contending for the Paris mayor's office in the coronavirus-delayed run-off election on June 28: Socialist incumbent Anne Hidalgo, conservative Rachida Dati, who served as former president Nicolas Sarkozy's justice minister, and Agnès Buzyn, who was centrist President Emmanuel Macron's health minister until February. FRANCE 24 takes a look at their plans and their chances.

Vying for a new six-year term, Hidalgo stands as the favourite. She topped the voting in the first round on March 15, two days before France withdrew into Covid-19 lockdown. But challengers Dati and Buzyn may also have a shot at running Paris City Hall.

For all three, turnout is key. With virus fears hanging over the first-round ballot in March — Macron had already announced the closure of schools, many of which were polling stations on voting day — abstention was high. Only 44.66 percent of French voters turned out for the municipal elections nationwide. In Paris, the figure was even lower, at 42.3 percent.

Three months on, voters seem just as reticent to head to the ballot box a week from Sunday. In a survey by the Ifop polling firm released Monday, only 38 percent of those called to the polls are planning to vote in the 4,827 mayoralty races that weren't decided after the first round. A full 29 percent of those who say they don't want to go cast a ballot attribute the decision "solely to the risk of being affected by coronavirus". Still, many traditionally make up their minds about voting within days of an election.

In the meantime, Hidalgo, Dati and Buzyn are each betting on very distinct electoral strategies. Each had the opportunity to showcase her campaign during a televised debate on Wednesday evening.

With her 29.33 percent score in the first round, Mayor Hidalgo has a relatively comfortable advance heading into the run-off, especially after sealing an alliance with greens leader David Belliard, the Europe Écologie-Les Verts candidate, who finished fourth on March 15 with 10.79 percent of the vote.

The alliance was not unexpected — the incumbent Socialist governed together with the greens during her first term. The agreement sees Hidalgo become the sole candidate remaining on the left and the torchbearer for green issues. The united platform, presented on Tuesday, pledges the renovation of social housing, the implementation of the "first bioclimatic local urban masterplan in France" (bioclimatic design adapts a project's architecture to its environment) and the creation of a municipal energy authority (on the model of the city's water utility, Eau de Paris).

Hidalgo is also proposing an end to diesel vehicles inside Paris city limits by 2024, capping the speed limit at 30 km/h almost everywhere in the French capital, creating a network of "vélopolitain" cycle highways for biking across the greater Paris area and transforming half of the city's street-parking in order to widen sidewalks. She also wants to "pedestrianise and plant greenery on the spaces surrounding 300 schools" and to create at least one pedestrian centre in each of the city's 20 arrondissements. The Périphérique ring road would also be transformed, Hidalgo pledges, with carpool/bus/taxi lanes and, eventually, a bike path.

As for the economy, the Socialist incumbent wants to "accompany" its post-lockdown relaunch. The city of Paris is putting €60 million towards the cause, including €5 million to support "positive-impact tourism" (green tourism compatible with the fight against climate change), €15 million for artists and cultural players, €6 million towards cultural start-ups, shops and business, and €4 million towards the solidarity economy.

Outpaced by Hidalgo in the first round on 22.72 percent, Les Républicains' Dati is wagering on the so-called useful vote, hoping to consolidate Hidalgo's detractors to put her over the top on June 28. To do that, she will need to lure voters who preferred La République en Marche candidate Agnès Buzyn on March 15.

The political calculus is simple: An Ifop-Fiducial poll for the second round lends Hidalgo 44 percent of the vote, versus 33 percent for Dati and 20 percent for Buzyn. Dati reasons that more than half of voters want to give their say to someone other than the incumbent. Convinced that "everything is open", the conservative Dati is encouraging turnout with a website aimed at facilitating voting by proxy so her voters won't see the election "stolen" from them.

The two-term mayor of Paris's affluent seventh arrondissement, Dati's platform addresses conservative voters first and foremost, calling for armed municipal police, family-centric policy proposing notably that the highest means-based school lunch fees be scrapped and, coronavirus oblige, a relaunch plan "for businesses at risk of closure". Dati has slammed Hidalgo for her record on security and cleanliness and has called for creating cleaning brigades that could be called on to intervene 24/7.

But Dati also needs Buzyn's more centrist voters to win the race for Paris City Hall. She has repeatedly called her own bid "the only one capable of bringing change to Paris" and levied stinging jabs at her centrist foe. "I don't need a ball-and-chain for baggage," she said last week to explain the absence of any alliance with Buzyn's LREM, which had rebuffed the notion.

During the televised debate on Wednesday, Dati and Buzyn clashed over the endorsement the conservative received from far-right National Rally leader Marine Le Pen. The populist Le Pen said last week she'd vote for Dati herself if she had any say in the Paris race, calling Hidalgo "the worst mayor that could exist".

On Wednesday, Buzyn, who had accused Dati of reconciling Marine Le Pen with her estranged far-right-icon father Jean-Marie with her platform, reproached Dati for having supported Sens commun, a group opposed to gay marriage, and for making "unspeakable remarks" about migrants. Dati retorted that Buzyn's volley was "a serious attack on my honour and on who I am", recalling a time when Dati "worked with Simone Veil", the late Holocaust survivor and revered French stateswoman.

Buzyn interrupted, demanding "a bit of decency" of Dati and telling her "you are obliged to cite a French icon to justify yourself". (Buzyn, it bears noting, was married to Veil's son Pierre-François, with whom she has three children.) To which Dati retorted, "Madame Buzyn's values are lying to the French."

Agnès Buzyn, in line with the government

With just 17.26 percent of the vote, Buzyn placed well behind the frontrunning pair in the first round. She had only stepped down as health minister in February, in the middle of the global coronavirus crisis, to replace Benjamin Griveaux as the party's candidate for Paris City Hall. President Macron's party had found itself without a flagbearer after Griveaux, a longtime Macron ally, suddenly withdrew from the race over sex tape allegations. After the March 15 ballot, Buzyn dropped off the radar for weRead More – Source