Six MLB teams to watch as 4 p.m. ET trade deadline looms — from the Indians to the Dodgers 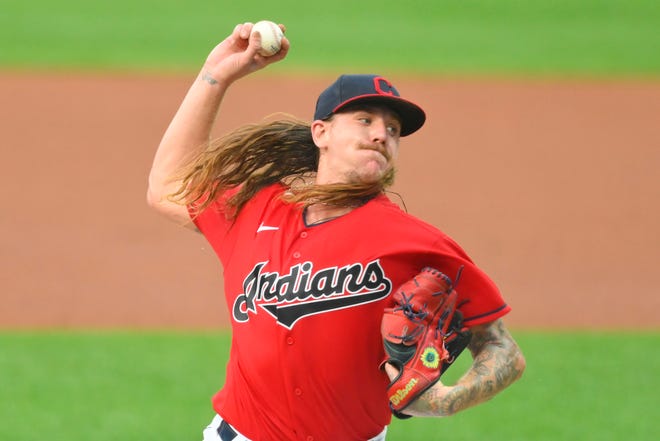 In a season filled with firsts for Major League Baseball, the trade deadline, too, shall be unprecedented.

In fact, Mondays final window for teams to swap players in time to join postseason rosters is not so much a crystal-clear day of reckoning as much as it is a choose-your-own-adventure exercise.

A season in which 16 teams make the playoffs and 25 of 30 – including the entire National League – enter deadline day within five games of a berth with roughly 30 to play means you can be pretty much anything you want to be.

Rebuilder? Other teams have shamelessly packed it in with far greater prospects than some 2020 sellers.

Both? No rule that says you cant play for 2020 while keeping a longer lens on the big picture.

So as the 4 p.m. ET deadline looms, here are the six teams whose behavior will most impact the market – and thus the playoff picture:

Quick question: Has there ever been a first-place team that could, with a straight face, trade both a Cy Young-caliber starter and MVP-level shortstop at the trade deadline?

Well, these Indians are willing to find out. Granted, the circumstances under which theyre dangling Mike Clevinger — he of the devastating three-pitch mix and penchant for pandemic adventures despite a hotel lockdown – are unique.

The 29-year-old comes with two full years of club control after this and a strikeout pace of 10.4 per nine innings the past two seasons. Alas, this years sample is just four starts because he and fellow starter Zach Plesac were caught coming back from a night on the town just days after MLB instituted tighter protocols to limit the spread of the coronavirus.

But the Indians went 11-6 between the time those two were banished to their alternate training site and Clevinger returned to the mound, vaulting from third to first place. Thats how freakishly deep Clevelands pitching is, and assuming Plesac returns to their good graces, they scarcely would miss Clevinger for the remainder of this year.

The same cant be said of Lindor, a free agent after 2021 and a player the Indians have painfully and publicly acknowledged they wont be able to retain. As Sunday turned to Monday, it seemed certain Clevingers bags should be packed — perhaps to San Diego or L.A., perhaps the Bronx.

And so the extent to which the Indians wheel and deal before the deadline may have as much to do with how the club assesses itself – and how crucial it feels shopping its best assets now may set it up for a more sustainable future.

Working a grand slam into your daily diet is a heck of a way to convince your bosses they should buy at the deadline. And so in Slam Diego, the future came quickly.

This is another rare convergence — a core of youthful superstars and veterans gelling at the right time, buttressed by an organization so overflowing with talented minor league depth that it basically was giving away players it knew it couldnt cram onto the 40-man roster come November.

The early returns are nothing to smirk at: Mitch Moreland, Trevor Rosenthal and not one, but two catchers in Austin Nola and Jason Castro are perfect veteran fits to get a club not just into, but through October.

Mondays grand finale figures to include pieces that, like Nola, will be viable into 2021, which may still represent the apex of the Padres internal “win curve.” Clevinger and the Rangers Lance Lynn — whos signed through next year — both fit that description.

And the Padres still retain the organizational pieces to win any bidding they choose to enter.

This figures to be a deadline more about quantity than quality, which is why the Rangers could significantly impact the market by dangling Joey Gallo into it.

Lynn, it seems, would almost certainly be a goner, given that the Rangers face the second-worst odds in the AL to reach the playoffs. With no fans in the stands at their new stadium this year, the Rangers could fortify their system and worry about replacing Lynn come wintertime.

Gallo is another matter. While off to a slow start — a .188 average and 110 adjusted OPS – the 26-year-old is nonetheless the teams best everyday player and could be under their control in 2021 and 22. A two-time 40-homer man before he turned 25, Gallo would be a deluxe upgrade relative to the Morelands of the world — but also a potentially key part of the Rangers short-term goals.

Nothings bolted down in Baltimore, which is why Richard Bleier, Mychal Givens and Tommy Milone were shipped out in the last month. While the Orioles lack a Clevinger or Lynn-type marquee trade chip, they can dangle several players who would nicely fill the right-handed side of a platoon, particularly for NL teams blindsided by the addition of a DH in 2020.

Infielders Renato Nunez (.847 OPS), Hanser Alberto (.816) and Jose Iglesias (.980) and catcher Pedro Severino (.897) are all righty hitters whose numbers are even more potent against lefties. And all are potentially under club control through at least 2021.

An antsy fan base can no longer complain its front office whiffs on the marquee trade acquisition. This is a club thats dealt for Yu Darvish, Manny Machado and Mookie Betts since 2017 and now, lapping the field at 26-10 with a plus-90 run differential, the Dodgers are dealing from a position of strength.

They could do nothing and still remain prohibitive World Series favorites. Dont count on that. Whether its Lynn, Clevinger or Josh Hader, the Dodgers will swing big knowing if they miss, theyll still wake up with the best team in baseball.

Perhaps they come up empty on the big guns. But with a talent well still running deep in the upper minors – touted catcher Keibert Ruiz recently made his major league debut – theyll at least make life miserable in driving up the pricing for other deadline dealers.

Is it time for the defending champs to take a step back — in a small or significant fashion?

Reality may be settling in a bit in Washington, where an underperforming offense and erratic pitching staff have the Nationals in nowhereland — 12-19 and last place in the NL East, just 16% chance at a playoff berth — but also just three games back of the field.

GM Mike Rizzo did not hesitate to pivot when things abruptly soured in 2018, dealing a handful of relievers and infielder Daniel Murphy while nearly consummating a blockbuster to send Bryce Harper to Houston. This year, he has a pair of league-average catchers (Kurt Suzuki, Yan Gomes) and reliable veteran bats like Howie Kendrick and Asdrubal Cabrera to dangle.

Anything more significant — such as a franchise-altering move of Max Scherzer — would be highly unlikely given the many industry uncertainties this year and next. But Rizzo is not one to sleep on come deadline day.

Its About Time To Put The Tony Finau Praise To Rest

The accidental teen powerlifting champ eyeing off a world record