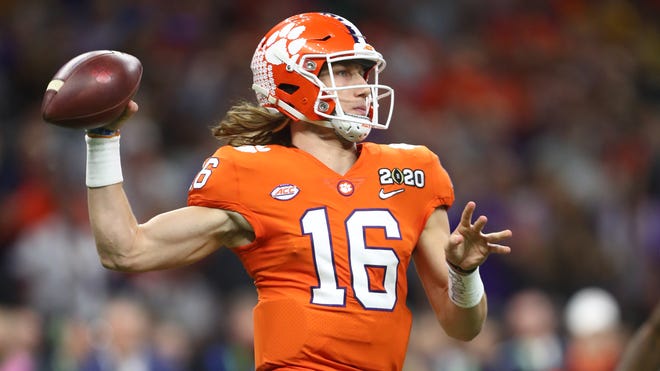 Ohio State cornerback Shaun Wade announced in a tweet Monday morning that he was declaring for the NFL draftopting out of a postponed football season in the Big Ten.

“This has been an extremely difficult decision to make,” Wade said in a video released on Twitter, “but I know its the right decision for me. In light of the COVID-19 pandemic and uncertainty surrounding our season I have decided to forgo my remaining eligibility and officially declare for the 2021 NFL draft.”

A redshirt junior, Wade considered entering the 2020 draft after last season before opting to return.

His father, Randy, had been among the most vocal parents advocating for the Big Ten to revisit its cancellation of a fall season and organized a demonstration outside the Big Tens conference headquarters in Chicago last month.

His announcement comes as the Big Ten looks increasingly likely to return to play in the coming months.

The Big Tens Council of Presidents and Chancellors met Sunday, though no vote was held about the fate of the season, according to reports.

In an interview with cleveland.com, Wade left open the door playing this fall if things change.

“Were trying to be patient with everything and take it day by day,” Wade told the publication. “I did want to play and I still want to play, but I had to do whats best for me. Thats nothing against Ohio State and nothing against anybody. Its just the Big Ten with no clarity.”

Proposed dates have ranged from mid-October through January on a restart for the conference after it had previously planned to start on Labor Day weekend.

The Big Ten originally called off the season on Aug. 11.