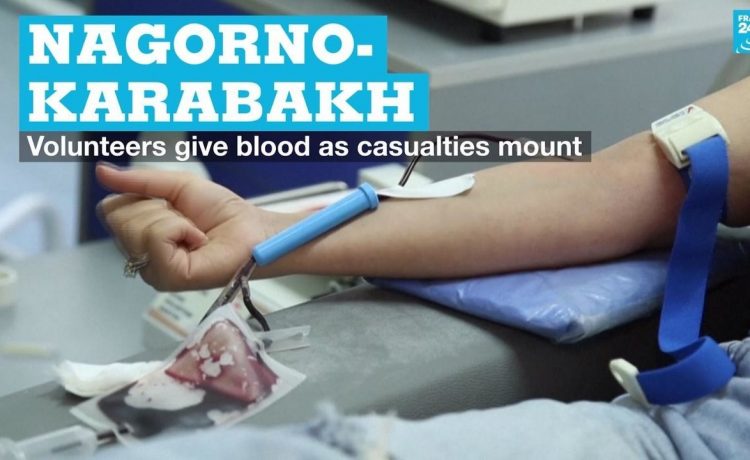 As fighting rages in Nagorno-Karabakh and casualties increase, civilians in Armenia have been rushing to help those on the front lines by donating their blood.

"Since our boys are protecting our homeland on the front lines, we are trying to help as much as we can in the rear," teacher Marine Khachatryan told AFP as she gave blood in a clinic in the Armenian capital Yerevan.

"At the moment we are not needed on the front lines. There is a war and we are trying to provide as much as needed. We are always ready to support our army, our soldiers. We will win."

Fighting between Armenian and Azerbaijani forces in Nagorno-Karabakh is now in its sixth day.

Both countries have declared martial law and mobilised their male populations amid the threat of all-out war, and patriotic fervour is high.

But for those unable to fight, donating blood that could be used to treat wounded soldiers is another way to answer the call to arms.

"We are ready to help in any way. Now we need to donate blood so we help with blood, and if it continues like this, we will definitely win," said donor Mesrop Barsegyan.

"It is very important to unite for each victory, both the front and the rear are important," added another donor, Gayane Sargsyan.

On Friday, the offRead More – Source