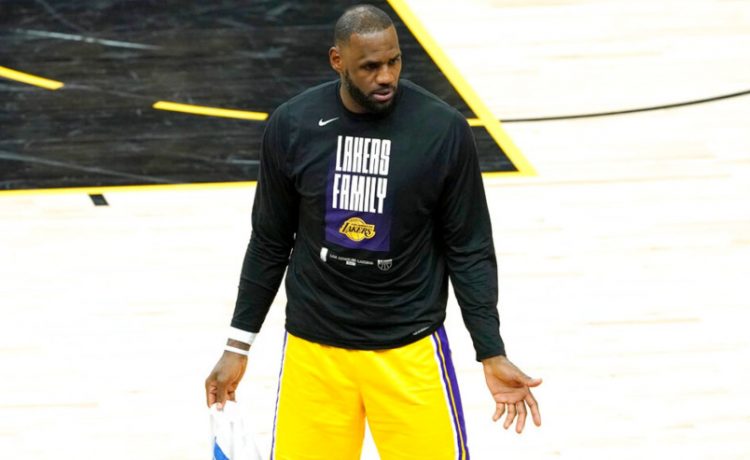 He has been to the NBA playoffs in 15 of his 18 NBA seasons, and has never missed the second round — a streak that is now very much in doubt. James and the Los Angeles Lakers trail their first-round series against Phoenix 3-2, with Game 6 in Los Angeles on Thursday.

Game 7, if necessary, is back in Phoenix on Saturday.
James’ 14-0 record in first-round series — counting his times in Cleveland, his four-year run in Miami and now his Lakers’ stint — is almost beyond compare in NBA history. Robert Horry and Derek Fisher both played in the first round 16 times; their teams went 16-0 in those series. They are the only players who have enjoyed more first-round success than James.

Now, he’s on the brink of something he’s never experienced. The approach, from here, is simple.

This marks the first time that James has been on a team that is trailing after five games of a first-round series. He has played one elimination game in a first round, that being three years ago when Indiana took Cleveland to a Game 7.

Yet there are numbers, particularly in Phoenix’s Game 5 romp, the likes of which that James has never previously had to deal with.

His Lakers lost the second quarter of Game 5 by 22 points, the most lopsided quarter James has been on the wrong end of during a playoff game. They were down by 30 at halftime, another first in his career.

A look, by the numbers, at this unprecedented moment in James’ career:

1 — James has faced an elimination game in the first round of the playoffs only one other time, that being Game 7 of the 2018 opening round between Cleveland and Indiana. James scored 45 points and the Cavaliers won 105-101.

2 — The number of players with a better series record in first-round matchups than James. Robert Horry and Derek Fisher were both 16-0 in opening rounds. For comparison’s sake, Karl Malone and John Stockton were both 10-9, Michael Jordan was 10-3 and Kobe Bryant was 13-2.

14-10 — James’ record in elimination games. His Cleveland teams were 9-8 when facing elimination, his Miami teams were 5-2 and this is the first time he’s faced elimination as a member of the Lakers.

21 — James’ teams once won 21 consecutive first-round games, a stint spanning 2012 through the start of the 2018 playoffs with Miami and Cleveland.