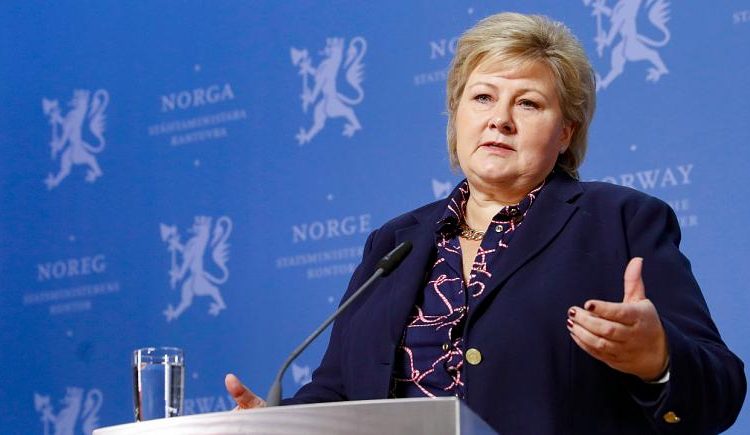 The Norwegian government summoned the US embassy on Thursday over a bombshell report that America spied on its allies with the help of Denmark.

The meeting took place between Norway’s defence ministry and the US embassy in Oslo, Defence Minister Frank Bakke-Jensen said in a statement shared on Twitter.

Bakke-Jensen said the defence ministry “made it clear that spying on allies is unacceptable and unnecessary”.
The meeting comes after Denmark’s public broadcaster reported that the country’s intelligence service had helped the US spy on European officials between 2012 and 2014, under the Obama administration.

Among those reportedly targeted were officials in Norway, Sweden, France and Germany, with Chancellor Angela Merkel alleged to have had her phone lines tapped.
On Thursday, Norwegian Prime Minister Erna Solberg said she was “pleased that the Americans have made it clear that they changed their practices in 2014 when it comes to monitoring allies and that they want to cooperate with us and others to map what happened,” according to Norwegian news agency NTB.

She said that her government had “convened the US Embassy in Oslo to follow up on this invitation”.

Solberg said she had also spoken with Danish counterpart Mette Frederiksen about the alleged spying.

The Norwegian leader said she stressed that “we consider espionage against close friends and allies as unacceptable and unnecessary”, according to Reuters.

The same sentiments were shared earlier this week by Merkel and French President Emmanuel Macron.

Speaking at a news conference following a virtual summit with Merkel, Macron said that spying was “acceptable amongst allies.”

The president said he was “attached to the bond of trust that unites Europeans and Americans”, adding “there is no room for suspicion between us”.

“We expect our Danish and American partners to be completely open and to clarify the matter,” he said.

Merkel said she could only agree with Macron’s stance, as she warned that the allegations were serious, if true.
Of course, this is not the first time the US has been accused of spying on allies in recent years.

In 2013, the Obama administration saw its relationship with Berlin soured by reports that the NSA had been listening in on German phone lines, including Merkel’s.

The revelation was revealed by former NSA contractor and whistleblower Edward Snowden.

At the time, then-President Barack Obama apologized to Merkel, saying he knew nothing about the alleged spying and would have stopped it if he did.