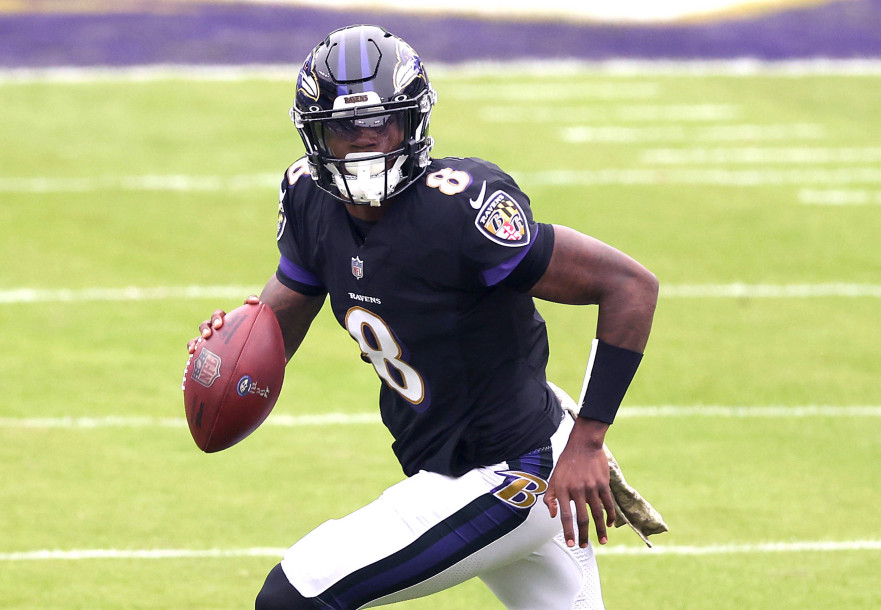 It has been a rough week on the COVID-19 front for the Ravens … and it got worse on Thursday.

Star quarterback Lamar Jackson tested positive for the novel coronavirus, according to NFL Network, possibly forcing the Ravens-Steelers game — set for Sunday after originally being slated for Thanksgiving — to be postponed for a second time.

The NFL isn’t expected to decide until Friday whether Sunday’s game will be postponed, according to Pro Football Talk.

According to ESPN, head coach John Harbaugh told Ravens players Thursday that — for safety concerns — they will not be allowed back in the training facility until Monday at the earliest.

ESPN also reported four players, including Jackson, and a staff member tested positive for COVID-19.
Losing Jackson is a devastating blow for the Ravens. To make matters worse, the Ravens already were without quarterback Trace McSorley who was placed on the Reserve/COVID list last week. That leaves the Ravens with veteran QB Robert Griffin III, who has thrown just two passes this season, and practice-squad rookie Tyler Huntley.

The team also announced Wednesday that it disciplined a strength and conditioning coach for “conduct surrounding the recent COVID-19 cases.” NFL Network said the disciplinary action was being taken against the coach because he didn’t report his symptoms to the team and was not consistently wearing a mask or a tracking device.

The Steelers-Ravens game originally was scheduled to be played on Thursday night but had been moved to Sunday at 1:15 p.m. on NBC, but it is looking like that may not happen now.

‘I chose my mother’: Iran’s Sardar retires from international football over online abuse