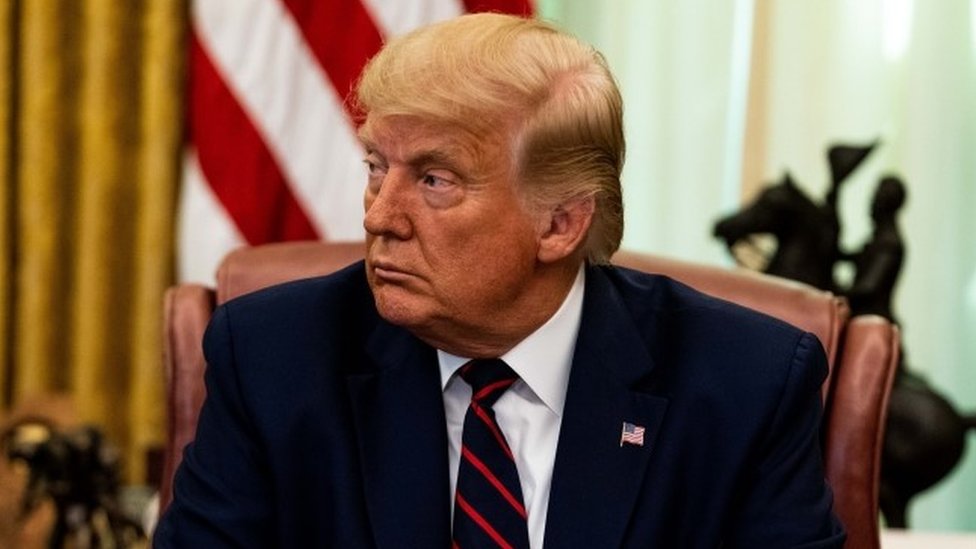 President Trump weighed in on Detroit Lions and Houston Texans players kneeling during the national anthem prior to their Thanksgiving Day football game.

Trump offered a two-word response on Twitter to pictures of the Lions’ quarterback Matthew Stafford and his counterpart for the Texans, Deshaun Watson, taking a knee in protest of police brutality and racism in the U.S.
“No thanks!” he wrote.

Trump has been a fierce critic of players kneeling during the anthem, accusing them of disrespecting the military. However, multiple players have said that their protest has nothing to do with the military and instead has everything to do with social injustice

Players have knelt during the national anthem since the first week of the NFL season after a summer of racial tension and protests after the deaths of several Black people in police-involved incidents.

The Texans made a statement before their opening game against the Kansas City Chiefs. The team chose to stay in the locker room during the playing national anthem and “Lift Every Voice and Sing,” also known as the Black national anthem. They then joined Chiefs players in a “moment of unity.”
The demonstrations were a part of the league’s effort to promote social justice issues. The league had painted “End Racism” in teams’ end zones as well.