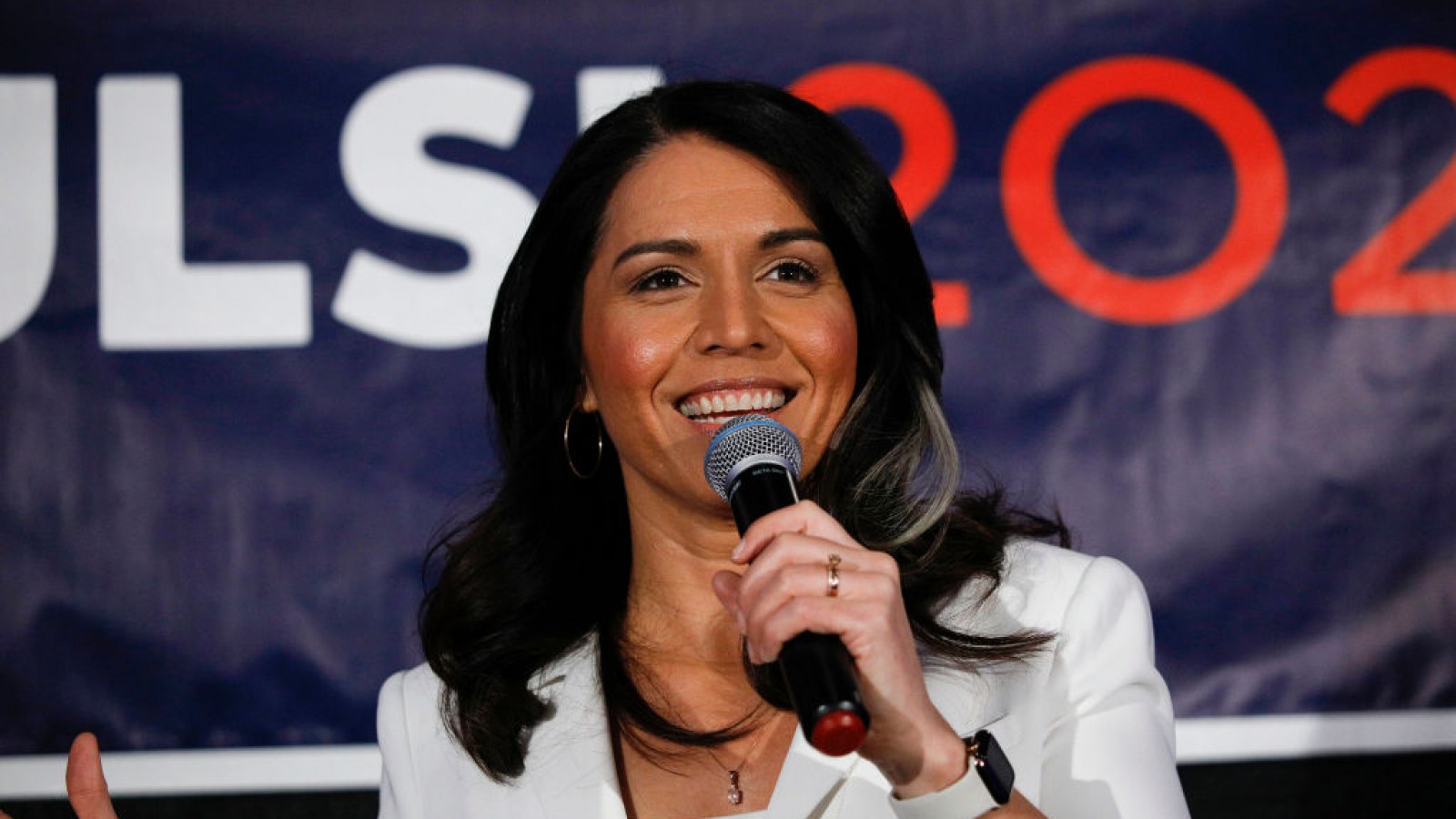 In a tweet promoting her own video message from Oct. 6, the retiring Hawaii Democrat suggested that Trump use his presidential pardoning authority to grant clemency to both men, each of whom has been charged under the Espionage Act of 1917, Newsweek reported.
The recent presidential pardon of former national security adviser Michael Flynn likely prompted Gabbard’s renewed efforts, the report said. Flynn pleaded guilty to lying to the FBI in 2017 but later sought to withdraw that plea.

“Since you’re giving pardons to people, please consider pardoning those who, at great personal sacrifice, exposed the deception and criminality of those in the deep state,” Gabbard tweeted on Thursday, tagging President Trump.

In her tweet from more than a month ago, which featured a video of her discussing Assange and Snowden, Gabbard said, “Brave whistleblowers exposing lies & illegal actions in our government must be protected. Join me and urge Congress: Pass my bipartisan legislation (HRes1162, HRes1175, HR8452) calling for charges against @snowden & Assange to be dropped & to reform the Espionage Act.”

The bipartisan legislation she mentions in the tweeted video was co-sponsored by U.S. Rep. Matt Gaetz, R-Fla., who recently suggested Trump should pardon himself as he leaves office, Newsweek reported.

Snowden was granted asylum in Russia in 2013 and has lived there ever since after leaking highly classified information about the NSA’s mass surveillance program during the time he was a CIA employee and subcontractor.
Assange, meanwhile, who ran WikiLeaks, released hacked documents from the Democratic National Committee in 2016. Former Special Counsel Robert Mueller’s investigation later charged 12 Russian intelligence officers with the hacking and with working with WikiLeaks. Assange has denied Russia was the source of the documents.

Scientists Claim A.D. 536 Was The Worst Year To Be Alive