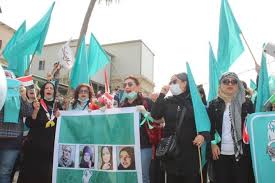 Iraqi citizen Jaseb Hattab, father of kidnapped activist Ali Hattab, has been killed by gunshot in Amara city in the Maysan governorate, southern Iraq, the Euro-Mediterranean Human Rights Monitor said in a statement today warning of targeting activists’ families and its implications on the social peace.

At about 7 p.m. on Wednesday 10th of March, two gunmen on a motorcycle shot Jaseb directly while he was walking in Al-Maa’ard street in downtown Amara city in the Maysan governorate. Prior to his assassination, Jaseb had been participating in a memorial service for assassinated activist Abdul Quddus Qasim, which yesterday marked the first anniversary of his death.

“While the area witnessed a great overcrowding of citizens and widespread presence of security forces , two armed men on a motorcycle approached the victim,” an eyewitness, spoke on condition of anonymity, said to Euro-Med Monitor.

“The victim tried to run as one of them got off the motorcycle and walked towards him. But the gunmen rushed towards him and shot him several times, which killed Jaseb instantly [before he could escape]”.

After the accident, a security force arrived at the scene, took the victim’s body to the forensic medical office, and then began conducting an extensive investigation about the incident.

Jaseb had launched several distress calls demanding to know the fate of his son, lawyer and activist Ali Jaseb Hattab, who had been kidnapped since October 8th, 2019, for his participation in the popular protests. Since that time, no information had been known about his fate or whereabouts.

Euro-Med Monitor viewed a copy of a video of the victim, in which he confirms that he had reliable information about the identity of his son’s kidnappers. He said his son was kidnapped by Ansar Allah Alawfiaa faction, affiliated with the Popular Mobilization Forces, and demanded to meet the Prime Minister to provide him with documents confirming these claims.

The Hellija clan, to which the victim belongs, have made it clear in a statement to the media that the assassination of Hattab had nothing to do with any tribal disputes – contrary to what was stated in the provincial police statement about the incident. The clan held the security leaders and governor of Maysan governorate responsible for his assassination.

Political activists in Iraq have been subjected to great harassment and constant threats of liquidation. The number of activists who have received assassination threats since August of last year, reached about 30 activists, of which 19 have already been assassinated. Most recently, activist Salah al-Iraqi was assassinated on December 15th, 2020, near a security checkpoint in New Baghdad, southeast of the capital Baghdad.

“The assassination of the father of the kidnapped activist, Ali Jaseb Hattab, rings alarm bells that targeting activists extends to their families,” said Omar Al-Ajlouni, legal researcher at Euro-Med Monitor.

“The Iraqi authorities must commit itself to the provisions of the constitution that stipulates preserving the lives of activists and their families as Article 15 of it states: ‘Every individual has the right to enjoy life, security and liberty. Deprivation or restriction of these rights is prohibited except in accordance with the law and based on a decision issued by a competent judicial authority’.

Al-Ajlouni added that “This was also confirmed by Article 3 of the Universal Declaration of Human Rights, which stated: ‘everyone has the right to life, liberty and security of person.’”

The Iraqi authorities should:
• urgently investigate the circumstances of the crime,
• bring the perpetrators to justice,
• make more efforts to put an end to the widespread assassinations that escalated since the start of the popular movement in October 2019,

• provide the necessary protection for political activists and their families who are under constant threats of liquidation, and
• allow citizens to express their views without being subjected to any harassment or threat. 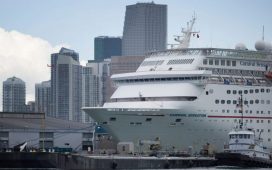