MIAMI – Today, Governor Ron DeSantis announced the opening of registration for the 2021 Florida Python Challenge® which will be held July 9-18, 2021. Registration is now open and members of the public can take the online training and then compete to remove invasive Burmese pythons from the wild.

“Since taking office, I have been focused on protecting, restoring and preserving the Everglades for future generations,” said Governor Ron DeSantis. “As a part of my focus, I’ve charged FWC with dedicating more resources and taking innovative approaches to removing invasive Burmese Pythons. At my direction, the state has taken unprecedented steps to increase python removal, including hosting the Python Challenge annually, and expanding access for python hunters to 134,000 acres of state parks and the Big Cypress National Preserve. As a result of our efforts, FWC had a record year for python removal in 2020, and has now removed more than 13,000 pythons since 2000. I’m proud to be here today to kick off registration for another Python Challenge, and I look forward to seeing this year’s results.”

“As a Miami native, I am proud to say that this administration not only recognizes the importance of the Everglades, but is taking action to protect our most critical resource,” said Lieutenant Governor Jeanette Nuñez. “Today, as we announce the Python Challenge and continued record funding for the environment, this administration remains committed to standing strong on behalf of the Everglades and our incredible water resources in Florida.”

“Under the leadership of Gov. Ron DeSantis, we are making great strides to conserve our native wildlife and ecosystems, but we must not waver,” said FWC Chairman Rodney Barreto. “Partnerships like those represented today are vital in the fight against invasive species.”

“We are excited to provide another opportunity to get people directly involved in Everglades conservation through the annual Florida Python Challenge® competition,” said Florida Fish and Wildlife Conservation Commission (FWC) Executive Director Eric Sutton. “Combating invasive species like the Burmese python continues to be a major priority for the FWC under the leadership of Governor Ron DeSantis.”

“I commend Governor DeSantis for his continued commitment to the Everglades ecosystem and all the critters that depend on this important natural resource,” said South Florida Water Management District Governing Board Member “Alligator Ron” Bergeron. “Our native Florida wildlife get a fighting chance with each python removed from the Everglades, and every Floridian can sign up to join the fight to remove invasive pythons from the River of Grass.”

Visit FLPythonChallenge.org to register for the competition, take the online training, learn more about Burmese pythons and the unique Everglades ecosystem, and find resources for planning your trip to South Florida to participate in the Florida Python Challenge®.

Since 2019, the state has taken unprecedented action to remove pythons in Florida:
Governor DeSantis directed FWC and DEP to allow for the removal of invasive Burmese pythons from all state parks. The agencies entered into an agreement that resulted in an additional 134,648 acres of land that are now accessible for python removal.
Governor DeSantis announced the U.S. Department of the Interior granted Florida’s request to increase access to federal lands for python removal, particularly within the Big Cypress National Preserve.
Participants in the 2020 Python Challenge removed 80 invasive Burmese pythons from the Everglades. More than 750 people from 20 states registered to take part in the 10-day competition. 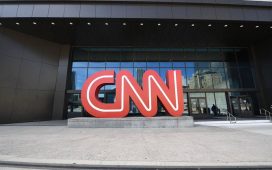