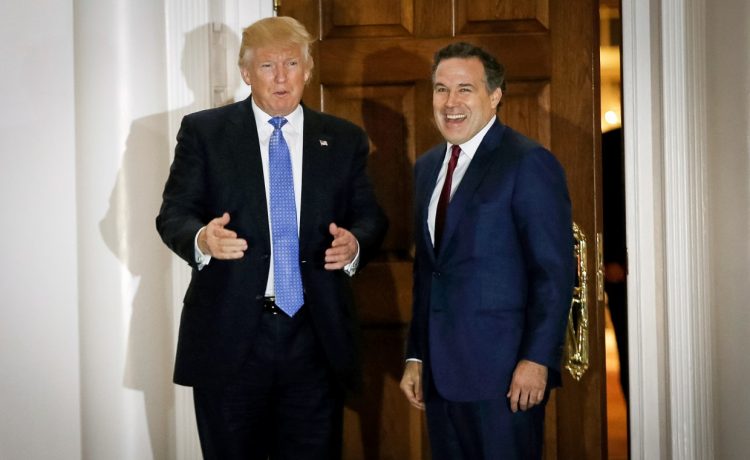 Seven weeks after Republican Sean Parnell dropped out of Pennsylvania’s closely watched Senate contest, the GOP primary remains as unsettled as ever.

Parnell, who had former President Donald Trump’s endorsement, left the field without a clear front-runner. Mehmet Oz, the celebrity surgeon with a national TV audience and a previous New Jersey address, quickly launched a bid from his in-laws’ home in the Philadelphia suburbs. He has already spent more than $2.5 million to advertise his nascent campaign, according to the ad-tracking firm AdImpact.

But Oz’s presence has not deterred David McCormick, a former hedge fund executive from Connecticut with similar self-funding capabilities and newly established residency, from preparing to enter the race.

“When I bring him to meet people, if there was a word cloud of all of our meetings, the big words that would come out are: ‘I’m in. You should run. What can we do to help? You’re the real deal,’” Mike DeVanney, a Pittsburgh-based strategist who is advising McCormick, told NBC News.

A West Point graduate who served in the Gulf War and later in the George W. Bush administration, McCormick recently bought a home in the Pittsburgh area and resigned as CEO of the investment firm Bridgewater Associates. Since forming an exploratory committee last month, he has spent nearly $2 million on ads, according to AdImpact, and is expected to officially declare his candidacy soon. And with a Trump endorsement again up for grabs, McCormick has several veterans of the former president’s political orbit and White House — including his wife, Dina Powell, a former deputy national security adviser — lining up to help him.

Hope Hicks and Stephen Miller are among the other well-known former Trump aides expected to be on board — a development first reported by Politico. McCormick also has support from some of Pennsylvania’s top GOP leaders and operatives, including Republican National Committee member Christine Toretti, lawyer Jim Schultz and David Urban, another former Trump adviser.

“With control of the Senate at stake, it’s crucial that Pennsylvania Republicans quickly coalesce around decorated combat veteran Dave McCormick,” said Greg Manz, a former Pennsylvania GOP spokesperson who worked on Trump’s 2016 and 2020 campaigns and is backing McCormick. “He’s a proven consensus builder, has consistently demonstrated impeccable leadership and, most importantly, embraces the grassroots MAGA movement.”

The Pennsylvania Senate race will be one of the toughest and — given the presence of self-funders like Oz and McCormick — most expensive in the country. Sen. Pat Toomey, R-Pa., is not seeking re-election, opening a seat that Democrats see as a prime pickup opportunity in a state that President Joe Biden narrowly won in 2020. Both parties have crowded primaries.

Parnell suspended his campaign in November when a judge awarded his estranged wife sole legal and primary physical custody of their three children, after she accused him of abusive acts. (Parnell has denied the allegations.) His exit created opportunities for candidates who had been in the race for months. But Oz quickly jumped to the front of the line, according to a Trafalgar Group poll last month of likely primary voters. The doctor led the field at about 19 percent, followed by conservative commentator Kathy Barnette (8 percent); Carla Sands, Trump’s former ambassador to Denmark (7 percent); and real estate developer Jeff Bartos (3 percent).
Most respondents said they were undecided or preferred someone else. Besides McCormick, other Republicans who could yet enter the May primary include former Rep. Keith Rothfus and prominent Philadelphia trial attorney George Bochetto.

Several of the announced candidates have Trump-friendly ties. Barnette held a fundraiser headlined by former Trump national security adviser Michael Flynn. A spokesperson for Sands, pointing to her fundraising for Trump and service in his administration, boasted that “no other candidate in this race can be trusted to fight for the America First agenda.” Oz also parrots Trump’s “America First” message and is one of Sean Hannity’s favorite talking heads. But his hard-to-nail-down position on abortion, as well as other views he has shared on his daytime talk show, could raise suspicions among conservatives.

Despite his roster of pro-Trump allies and past consideration for jobs in the Trump administration, McCormick has not been an unflinching cheerleader. His business background could place him at odds with Trump’s protectionism and economic populism. And at Bloomberg’s Year Ahead summit last year, weeks after Trump supporters stormed the Capitol egged on by his false claims of a stolen 2020 election, McCormick answered carefully when asked if Republicans should reject or embrace Trumpism.

“I think what we have to not embrace is the divisiveness that’s characterized the last four years, and the polarization, and I think the president has some responsibility, a lot of responsibility for that,” McCormick responded. “And I think that this last dark chapter on the Capitol will be — history will look very unfavorably on that and all that, all the people that were involved in that.”

DeVanney, noting the attendance at a 130-person event he and Toretti recently hosted for McCormick, sees the soon-to-be-candidate as uniquely capable of appealing to pro- and anti- Trump voters.

“It was a mix of people who, for lack of a better phrase, I would consider Trumpsters as well as the more old-school folks who might have been uncomfortable with the direction or not as enthusiastic with the direction of the party under the Trump regime,” Davanney said of the event.

Other Republicans are keeping an eye on Bartos, who as an unsuccessful candidate for lieutenant governor in 2018, is the only Republican other than the nationally famous Oz running with statewide name-recognition. Like Oz, McCormick and Sands, Bartos is independently wealthy and willing to spend on his campaign. Unlike those three, Bartos has spent most of his professional adult life in Pennsylvania. McCormick and Sands grew up in the state before moving away. Oz grew up in Delaware but is a graduate of the University of Pennsylvania School of Medicine. Bartos said he plans to emphasize those distinctions.

“As the only Pennsylvanian in the race, as a lifelong Pennsylvanian, we’ve had the privilege to travel across this great commonwealth many times, visit all 67 counties,” Bartos said. “Our grassroots organization, our ability to do a 13-day, 67-county bus tour and our continual focus on talking about the issues that are impacting everyday Pennsylvanians … has been the beating heart of this campaign. Regardless of who enters or who leaves the campaign, that focus has never changed.” 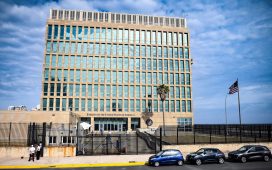 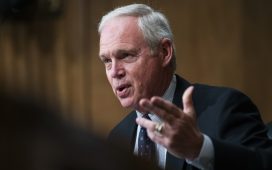