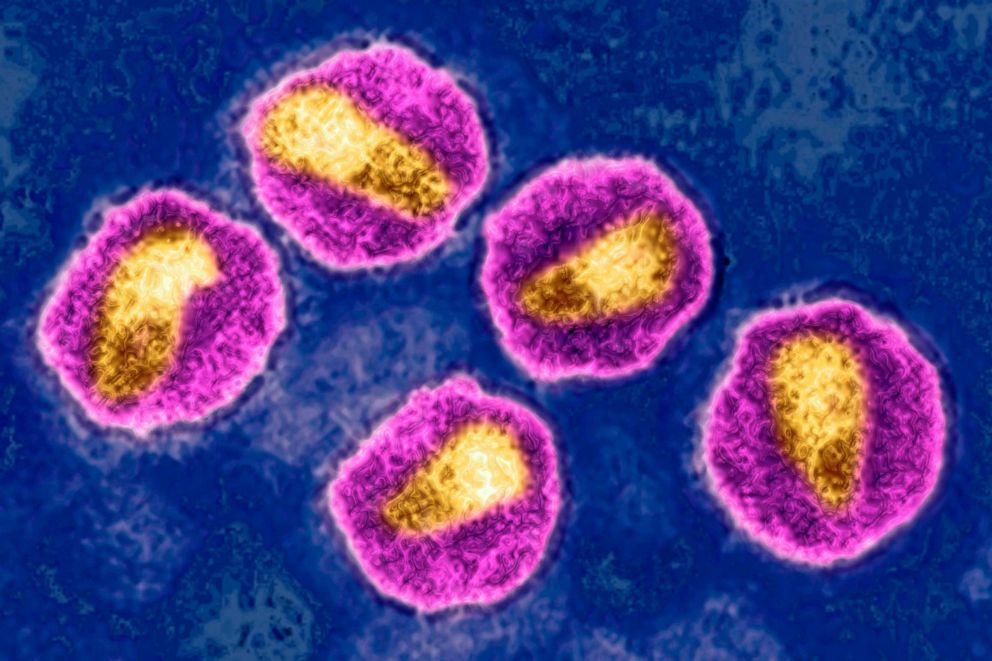 Researchers revealed on Tuesday that an American, described as a middle-aged woman of mixed race, has likely been cured of HIV after undergoing a new transplant procedure using donated umbilical cord blood.

The patient, who needed a stem cell transplant for leukemia, reportedly developed a new HIV-resistant immune system following a breakthrough procedure in which she was genetically matched with umbilical cord stem cells that contained an HIV-resistant mutation.
She was part of a study that began in 2015 designed to monitor outcomes of 25 people with HIV in the U.S. who underwent a transplant, according to the National Institute of Allergy and Infectious Diseases.

Dr. Yvonne Bryson, an infectious disease physician at UCLA, who led the study, discussed their team’s finding along with the patient’s condition at the Conference on Retroviruses and Opportunistic Infections this week.

“Today, we reported the third known case of HIV remission and the first woman following a stem cell transplant and using HIV-resistant cells,” Bryson said in a press conference.

“This case is special for several reasons: First, our participant was a U.S. woman living with HIV of mixed race, who needed a stem cell transplant for treatment of her leukemia. And she would find a more difficult time finding both a genetic match and one with the HIV-resistant mutation to both cure her cancer and potentially her HIV. This is a natural, but rare mutation.”
Bryson added that while this approach of using genetically-matched umbilical cord blood with HIV-resistant mutation opens the door to more diverse populations and studies, she confirmed there is no current routine screening in place in the U.S. for this mutation.

Previously, only two men have been cured of HIV using a bone marrow or stem cell transplant. And while this is the third known case, according to Bryson’s team, of HIV remission in an individual who received a stem cell transplant of any kind, experts in the field caution that this method is not ideal for curing the many millions of HIV-positive people around the globe today.

Bryson said there could eventually be “approximately at least 50 [people] per year that may benefit from this.”

In an interview with Community Health Center, Inc., Dr. Anthony Fauci, the leading expert in infectious disease in the U.S., whose work in HIV care and treatment innovation spans four decades, said, “I don’t want people to think that now this is something that can be applied to the 36 million people [globally] who are living with HIV.”

“This person had an underlying disease that required a stem cell transplant. … It is not practical to think that this is something that’s going to be widely available,” Fauci added. “It’s more of a proof of concept.”

While there is no practical and applicable cure for HIV on a large scale, there have been incredible strides in HIV treatment over the years that allow individuals to live a normal and healthy life.

Known as U=U, or Undetectable=Untransmittable, if an HIV-positive person begins HIV treatment and brings the virus in their body to an undetectable level, the individual cannot transmit the virus to someone as long as they remain on said treatment or medication.
Last month, the The U.S. Food and Drug Administration approved the first long-acting injectable drug for HIV prevention.

Until recently, the only medications licensed and approved by the FDA for HIV prevention or pre-exposure prophylaxis, most commonly known as PrEP, were daily pills, which slow the progression of an HIV infection in the body.
PrEP is usually taken daily so that it builds up in in a person’s system, to the point that if there is an HIV infection, it prevents the virus from replicating and spreading throughout the body.

When taken as prescribed, PrEP services reduce the risk of getting HIV from sex by about 99%, according to new data from the CDC. Now, individuals who feel at-risk of HIV infection have the option of taking the daily pill, or the new shot every two months, after two initiation injections administered one month apart.

On the vaccine front, Moderna recently announced that it’s launched early stage clinical trials of an HIV mRNA vaccine. ABC News previously reported that the biotechnology company teamed up with the nonprofit International AIDS Vaccine Initiative to develop the shot, which uses the same technology as Moderna’s successful COVID-19 vaccine.
Because bone marrow transplantation is a dangerous and risky procedure, it is considered unethical to perform on people with HIV, unless the person also has cancer and needs a transplant as part of their treatment.