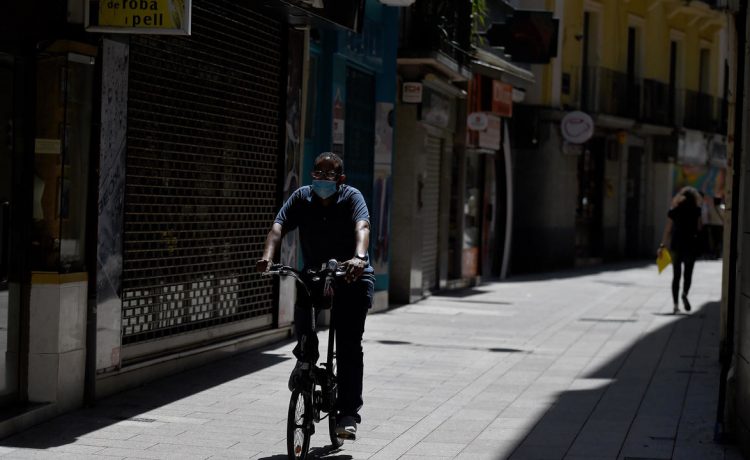 Fresh outbreaks of the coronavirus have led to renewed, more localised, lockdowns — affecting millions notably in India and California, while several European states have tightened restrictions.Here is an overview of recent developments.

Spain: Residents in three districts in Barcelona suburb L'Hospitalet de Llobregat must stay indoors amid a resurgence, Catalan regional officials said Thursday. Wednesday had seen residents told to stay home in an area in and around the northeastern city of Lerida, a measure affecting around 160,000 people. They are allowed to leave to go to work, buy food or medication, or to exercise.

Moves to reconfine the local population had triggered a legal standoff on July 13 when a local court blocked the new order, prompting the regional government to enact legislative changes.

Portugal: Lockdown at home has been in place since July 1 for 700,000 inhabitants in the Lisbon region, for a period of at least two weeks.

Britain: On June 30 the city of Leicester began a localised two-week lockdown with non-essential shops shutting. Facemasks — already compulsory in Scotland — will also become so in all shops and supermarkets in England from July 24.

Ireland: Having planned to open bars fully from July 13 that decision is now pushed back to August 10 after a resurgence of cases. Gatherings are limited to 50 people indoors and 200 outdoors while wearing masks in shops will be compulsory.

France: Wearing masks in all indoor establishments open to the public will be obligatory from next week.

Belgium: Wearing a mask — already required on public transport — was made compulsory from July 11 for all aged 12 and above in enclosed public spaces including shops, cinemas, libraries and places of worship as cases rise slightly.

Germany: Despite the country being less affected by the pandemic than many of its neighbours, Germany'a federal and regional governments have agreed on tougher, more targeted lockdown measures to contain local outbreaks and ward off the threat of a second coronavirus wave, including a ban on travel "in and out of the affected areas."

Hungary: Hungary's government on Sunday said it was barring travel from South America, Africa, most of Asia, and restricting entry from several European countries after worldwide spikes in coronavirus cases.

India: The northern Indian state of Bihar, with a population of around 125 million people, is under a a 15-day lockdown from July 16 to July 31. The southern city and IT hub Bangalore, home to more than 13 million people, also began a week-long confinement on July 14.

New restrictions have also been introduced in the western city of Pune and other states including Uttar Pradesh, home to 200 million people, badly hit Tamil Nadu and Assam.

The Philippines: The 250,000 inhabitants of Navotas, a district in Manila, will go back into lockdown for two weeks in the coming days, an official said on July 13.

Azerbaijan: A strict lockdown was reinstated from June 22 to August 1.

United States: California on July 13 drastically rolled back its reopening plans and ordered all indoor restaurants, bars and cinemas to close again. Churches, gyms, shopping malls, hair salons and non-essential offices must shut indoor operations in half of state's worst-hit and most densely populated counties, including Los Angeles.